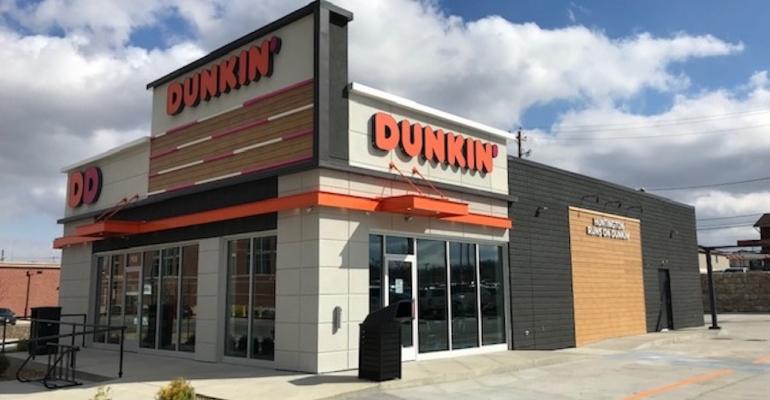 Dunkin' Brands, parent company of the Dunkin' and Baskin-Robbins chains, is in negotiations to be purchased by Inspire Brands
News>Quick Service

Dunkin’ Brands in talks to be bought by Inspire Brands

The owner of Arby's, Sonic Drive-In, Buffalo Wild Wings, Jimmy John's Sandwiches and Rusty Taco could announce the purchase of the Dunkin' and Baskin-Robbins brands as soon as Monday

Dunkin’ Brands Group Inc., parent company of the Dunkin’ and Baskin-Robbins chains, is in talks to be purchased by Inspire Brands, which would take the company private, a Dunkin’ executive confirmed Sunday.

According to a report in The New York Times, citing “two people with knowledge of the negotiations,” the deal could be announced as early as Monday and would involve the purchase of Dunkin’ Brands shares at $106.50 for a valuation of around $8.8 billion.

Related: Dunkin’ to close up to 1,150 underperforming restaurants in 2020

“Dunkin’ Brands confirms that it has held preliminary discussions to be acquired by Inspire Brands. There is no certainty that any agreement will be reached. Neither group will comment further unless and until a transaction is agreed,” Dunkin’ Brands chief communications officer Karen Raskopf said in an email.

Inspire Brands was formed in February of 2018, when Arby’s acquired Buffalo Wild Wings, which itself owned Rusty Taco. The multi-concept group is majority-owned by affiliates of Atlanta-based private-equity firm Roark Capital.

Inspire bought Sonic in December of that year, and Jimmy John’s, which already was owned by another Roark affiliate, in the fall of 2019.

There are around 30 units of Rusty Taco, according to its web site.

In a keynote during Restaurants Rise powered by MUFSO last week, Inspire CEO Paul Brown said Inspire Brands has weathered the coronavirus crisis in part by learning from each brand’s maverick qualities and not just serving as a holding company or franchisor.

Dunkin’ was hit hard by the pandemic, especially early on as locations in its core markets of New York City and Boston closed and as other locations saw the core of their business, breakfast, collapse as workers stopped commuting.

But sales have improved steadily each month as the chain implemented curbside pickup at more than 1,400 locations, many of which did not have drive-thru windows,  and upgraded its app to facilitate ordering and payment. The chain also introduced snacks and cold beverages suitable to the growing afternoon snack daypart, including croissant sandwiches and Dunkin’ Refreshers, vitamin-fortified iced green tea drinks.