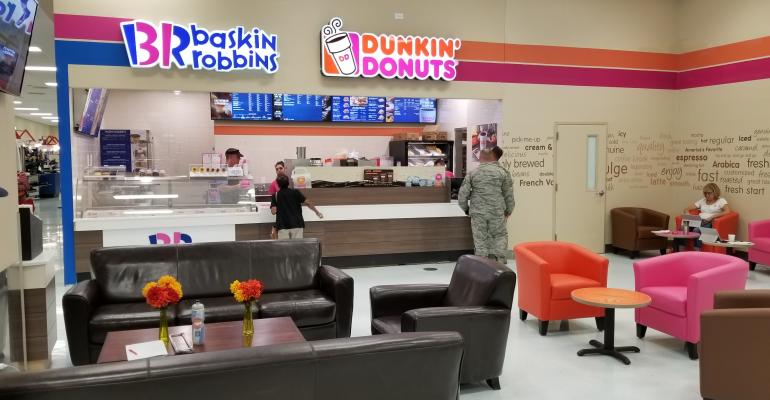 George J. Hart is a franchisee on a mission

George J. Hart spent 25 years in the Army and about as long looking for a good cup of coffee wherever he was stationed.

Hart grew up in New Jersey and "grew up on Dunkin’," but missed the brand and its brew while on duty, he said. As he sees it, military bases are "drastically underserved in breakfast and in particular in coffee."

He is working towards opening several new locations across the country in military bases in Texas, Ohio, Utah, Arizona and Kansas. He'd love to open one at every military base in the country.

Hart didn't know much about franchising or non-traditional units when he approached Dunkin’ a few years ago, but "the folks I got to talk to initially were very excited at the prospect of somebody focusing on that market."

Opening in military locations can be tricky, though, said Hart.

For one thing, the store needs to be compliant with the government's way of doing things. But unlike a traditional store, there's no location scouting or location upgrades needed. At a traditional store, you've got a large population to draw from, but you're competing with many other businesses. On base, there's a captive audience.

“They'll come to me because, you know, we're one of the few options, but when they walk in the door, you've gotta be good at what you do. You've got to take care of that guest,” he said.

“One of my big sayings with my staff is 'We’re supporting people who support our freedom.' Every coffee that goes across that counter means something. It sounds like a small thing, but it's a big thing."

In his stores, at least 50% of his workforce is either a veteran or a family member of a service member.

"As a result of that, they understand the guest a little bit better, and the guest has a tendency to come in and sit down and stay with us a little bit longer as a result." Hart also finds that veterans and their family members have strong work ethics.

Like many traditional Dunkin’ locations, breakfasts are busy in the morning. But, Hart said, customers tend to stick around during the day.

"In the afternoons, what we get are a lot of people that want to come in and do a meeting. And so, we have some nice big eight-person tables out there," he said.

"We have a lot of military spouses come in, and they’ll sit and have groups or family support groups. We see a lot of them, they pick the kids up from school, and then they stop in. In the afternoons I think in general we get a lot more sit-downs than the average [Dunkin’] restaurant. And then the morning we’re very much, you know, 'America runs on Dunkin’ — they’re running in, running out and on their way to work."