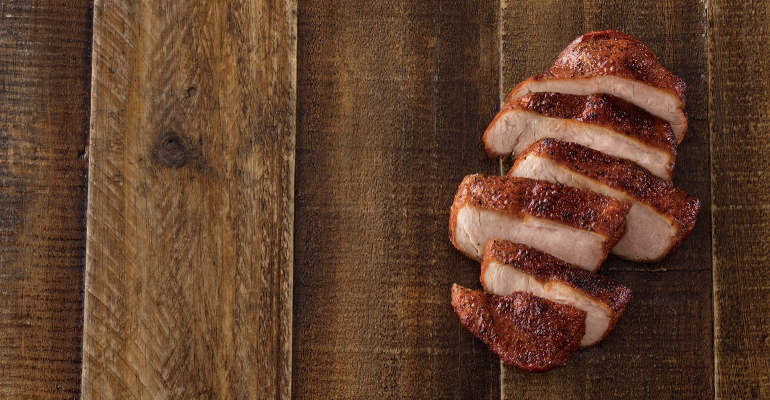 Latest extreme LTO to be offered near hunting locales

Arby’s, in its latest hunting-related extreme limited-time offer, is selling duck sandwiches at 16 locations in duck-hunting country this Saturday, Oct. 20.

Sourced from duck supplier Maple Leaf Farms, the sandwiches will be made from duck breast that is seared, cooked in sous-vide and topped with fried onions and smoked cherry sauce on a toasted bun. 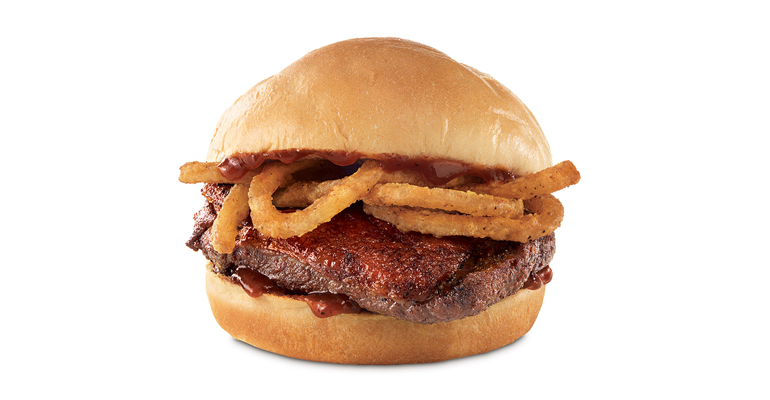 The sandwiches will be offered in limited quantities for $6.99 while supplies last which, based on past experience from similar Arby’s LTOs, will be less than a day.

An Arby’s spokeswoman said the 16 restaurants are all in the four “waterfowl migration flyways” on the Atlantic, the central United States, the Mississippi River and the Pacific, and each of the restaurants was selected for its proximity to duck-hunting areas.

“We are thrilled to be a part of introducing duck to the quick-service restaurant industry and its customers,” Maple Leaf Farms marketing director Cindy Turk said in a press release. “The new sandwich, with its sweet-smoky cherry sauce, complements the rich, red meat flavor of the duck breast perfectly.”

Arby’s first introduced game meat for a very limited time during deer hunting season in 2016, when it offered venison sandwiches made with farm-raised New Zealand red-tail deer that had been marinated in garlic, salt and pepper, cooked in sous-vide for three hours and served with fried onions and a Cabernet steak sauce infused with Juniper berries on a toasted bun. They were $5 and sold out in as little as 15 minutes.

It was relaunched systemwide the following year for a single day while a separate elk sandwich was introduced at three locations in Colo., Mont., and Wyo.

All of those sandwiches are in line with the 3,400-unit chain’s tagline “We have the meats.”