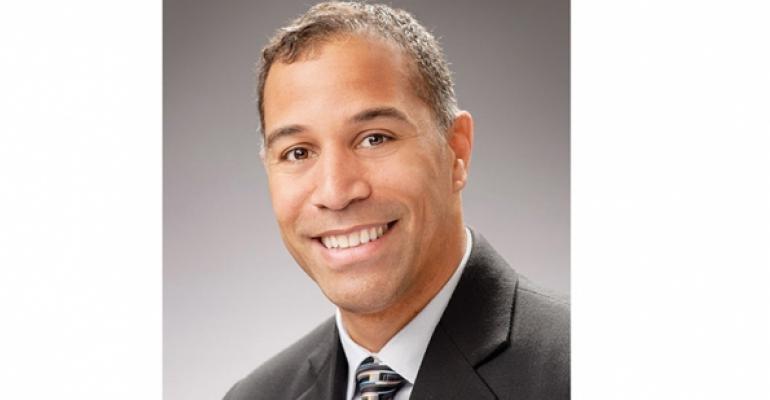 The fictional, clown-headed “chief executive” may be the star of Jack in the Box’s TV commercials, but behind the scenes, human CEO and chairman Lenny Comma has led the charge on not one but two brand revitalizations in the first two years of his tenure.

Since replacing Linda Lang as CEO in 2014, Comma has built momentum at both Jack in the Box and sibling fast-casual brand Qdoba Mexican Eats by redirecting their focus back to food and hospitality. The shift was befitting of his operations-focused career with Jack in the Box, where Comma had risen steadily, being named chief operating officer in 2010 and president in 2012 before taking his current
leadership role.

Though he has taken slightly different tacks with Jack in the Box and Qdoba, the end result has been the same for both brands: An end to cutthroat discounting and the beginning of sustained sales and traffic growth via renewed interest in core menu items.

The shift paid off in 2015, with same-store sales at the namesake Jack in the Box chain rising into the mid- to high-single digits in each of the first three quarters, led by the Buttery Jack line of premium burgers. The offerings produced positive growth in menu prices, transactions and mix shift for the brand. As for those TV commercials? Jack the character is still present, but the spots now accentuate the food quality more than ever.

Qdoba’s same-store sales fared even better in 2015, including a 14-percent gain in the first quarter and increases in every quarter to date. The chain’s simplified pricing structure — in which guests paid one price based on their choice of protein, with add-ons like guacamole and queso offered for free — produced average-check growth that more than offset any lost traffic from discount seekers.