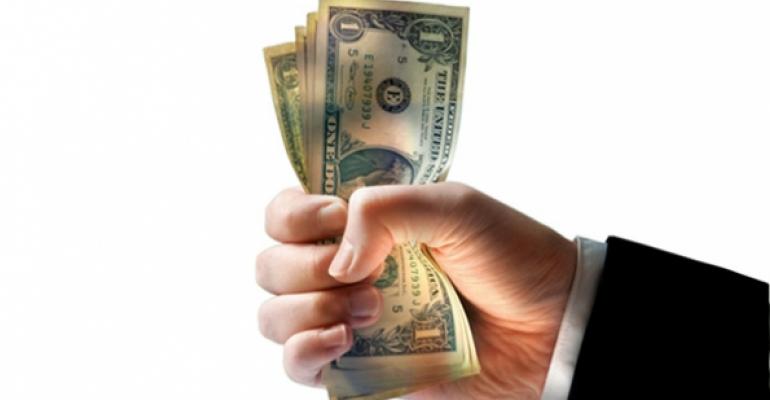 Not surprisingly, the restaurant industry and its leading players focus the vast majority of their public policy attention on the legislative branch of government. Congress and the state legislatures take up an overwhelming amount of our resources — both in time and political capital.

Many believe that if you really want to fundamentally change an industry, the courtroom can ultimately be much more effective than the legislative process or the ballot box. Good examples of this are not hard to find. Microsoft didn't have operational control of its share of the technology market irrevocably altered because Apple had better lobbyists and deeper pockets. No, their business model was fundamentally changed because of antitrust litigation both here and in Europe, of which the ramifications are still being felt. Anybody ever heard of Big Tobacco? They had more money and influence than almost anyone, and they still lost — big time.

Currently, a little closer to home, the structural underpinnings of the three-tiered alcohol system — comprised of producers, distributors and retailers — are under scrutiny in courtrooms across the country. Ultimately, this could result in favorable changes for retailers that would have taken decades to happen politically — if they ever happened.

Increasingly, the restaurant industry is finding itself engaging more lawyers than lobbyists. A number of legal actions are pending that, if successful, could profoundly and permanently change the business model of the industry. As part of the reputational assault on the service sector, particularly restaurants, the unions and their worker center and activist allies are increasingly leveraging the third branch to ostensibly force changes in the short term that would have taken much longer in traditional policy-making forums like legislatures.

The fact that court cases make big news doesn't really hurt either. As The New York Times recently reported, “McDonald’s workers in California, Michigan and New York filed lawsuits against the company and several franchise owners, asserting that they illegally underpaid employees by erasing hours from their time cards, not paying overtime and ordering them to work off the clock. The lawsuits were announced by the employees’ lawyers and organizers of the union-backed movement that is pressing the nation’s fast-food restaurants to increase wages to at least $15 an hour.”

In an industry with millions of workers, it’s not very hard for plaintiff’s attorneys with union backing to find a handful of workers here and there to prop up as fronts for lawsuits. You have to give them credit — at least they are up front about their involvement, and that this and other lawsuits are a means to a policy end. The plaintiffs bar is even aggressively lobbying state attorneys general to engage in the obesity fight, and ultimately hold restaurant companies and the industry accountable for the ramifications of childhood obesity (just for starters).

Successful class-action lawsuits are long shots, but the payoffs are huge. If you win, you can force the change you are looking for immediately. If you lose, you likely garnered enough press attention and headlines to push your agenda and narrative down the road farther than you otherwise would have. It’s a win-win.

For example, the Restaurant Opportunities Center filed a class-action lawsuit against Darden Restaurants Inc. alleging, among other things, discrimination in promotion practices. While the press gave it a lot of attention for obvious reasons early on, it was essentially laughed out of court — but only after a year or two of impugning Darden's reputation. Not surprisingly, its lack of success got almost no press attention. But the rhetoric of the case lives on in ROC’s lobbying efforts, its public narrative, and its pitches to public and private sector funders.

There's no question that ROC, the SEIU and its various front groups will continue down this path. In fact, ROC’s new chapter in Boston is housed in the offices of a notable plaintiffs firm that specializes in suing restaurant companies. It’s pretty obvious what the end game is in this scenario. Nothing underscores more the transition taking place than the fact that when ROC opened a chapter in Los Angeles three or four years ago, it was housed within the offices of the SEIU. Its most recent chapter is housed in the offices of trial lawyers. Nothing more really needs to be said on that front.

What needs more discussion is how the industry is going to react. Litigation is lengthy, costly both in money and brand equity, and the outcomes largely unchangeable. Employers large and small need to be preparing for an increasing level of activity in the litigation space because this train has left the station. I guess the industry opponents are applying simple arithmetic. Instead of trying to get tens of thousands of votes at the ballot box, perhaps it’s easier and more cost effective to just get 12 votes in a jury box.

How are you preparing for potential lawsuits? Join the conversation in the comments below.