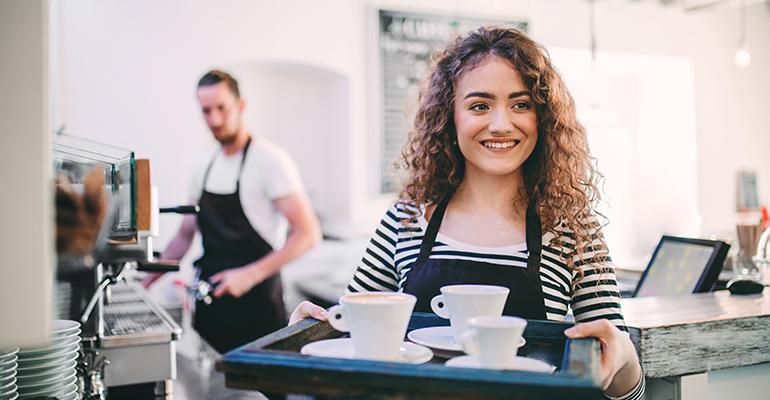 GrapeImages / iStock / Getty Images Plus
What so many employers forget is that these very comments were once made about them.
Operations

The Wealthy Franchisee: Overcoming the ‘kids these days’ effect

How to avoid owner entitlement with younger employees.

My first real job at age 13 was working at our family ice cream store in San Diego’s popular Seaport Village. The store was run by my grandfather, who learned how to lead people serving in the U.S. Army during World War II. It showed. He had a very top-down approach to managing employees. He told people what to do and expected them to do it.

It worked with soldiers. With teenage hourly workers, not so much. They never seemed to hop to it the way people did in the military. Not only did it frustrate him, it also confused him.

Theoretically my grandfather was right. It’s logical that both parties should fully commit to the agreement. But anyone’s who’s managed hourly workers knows that’s just not realistic. Funding employees’ paychecks doesn’t necessarily motivate them. That fact has led to a complaint that’s been propagated since the concept of hired labor: younger generations are softer, lazier and more entitled than their predecessors.

These millennials are so entitled.

What so many employers forget is that these very comments were once made about them. In 2013, Time magazine published a cover story called “The ME ME ME GENERATION” that described millennials as “lazy, entitled narcissists who still live with their parents.” New York magazine ran a similar cover story called “The Me Decade.” The decade it referred to was the 1970s. Forty-five years prior, in a piece called “The Conduct of Young People,” Hull Daily Mail printed, “We defy anyone who goes about with his eyes open to deny that there is, as never before, an attitude on the part of young folk which is best described as grossly thoughtless, rude, and utterly selfish.” And finally, "Young people are high-minded because they have not yet been humbled by life, nor have they experienced the force of circumstances. They think they know everything and are always quite sure about it." That was from Aristotle in Rhetoric in the 4th century BC. The fact is, the old have been hating on the young for millennia.

There’s actually some research that looks into this dynamic between older and younger generations. In 2019, social scientists from the University of California, Santa Barbara interviewed older subjects and got their perspective on the young. They observed biases based on the older person’s current confidence level in a given area, and their subjective, idealized memories of their own youth. According to the study’s abstract, “Two mechanisms contribute to humanity’s perennial tendency to denigrate kids: a person-specific tendency to notice the limitations of others where one excels and a memory bias projecting one’s current qualities onto the youth of the past. When observing current children, we compare our biased memory to the present and a decline appears. This may explain why the kids-these-days effect has been happening for millennia.”

More reliable than these scientists is my own mother. After complaining to her about my college-aged son’s flakiness, she began rattling off stories of my college years when I behaved with equal cluelessness. I couldn’t argue with the evidence. Apparently, I wasn’t the rock solid, responsible kid I thought I was. It’s made me wonder. During my first few jobs, was I not the reliable, hard-working employee I remember to be? Did I contribute to my grandfather’s frustration?

I sympathized with him during the decade that I ran my own franchise businesses. For many years, my employees were my biggest source of stress. It was tempting to blame their entire generation for their incompetence. Apathy, tardiness, ghosting — it drove me crazy. I was clear about my expectations when I hired them. Why weren’t they meeting them? I’d joined the ranks of frustrated employers lamenting the days when we, as Gen-Xers, had a lot more to offer (in spite of what our Boomer parents thought).

The turning point came when I approached that question — why weren’t they meeting my expectations? — with curiosity and not just judgement. I needed to clear my head of frustration and stop with the generational comparisons. That increased self-awareness made it easier to observe my employees more objectively and better understand them. I realized my expectations were unreasonable. Like my grandfather, I thought training my team, treating them with respect and paying them fairly entitled me to loyalty and top performance. It didn’t. They needed more. They needed reminders. They needed coaching. They needed time. It wasn’t enough to manage them. I had to nurture them. When I made that a priority, only then did I discover what my employees could really do. I got great results, measured in higher sales, improved customers ratings and better retention. I got the performance I wanted. It just took more than I expected.

Since Time’s cover story in 2013, millennials have gone on to advance their careers, start families and mature as effectively as every generation before them. Despite growing up with participation trophies and screen addictions, they manage today to run corporations, perform surgeries and even govern countries. They’ve become powerful, independent contributors to society. As they increasingly become the primary leaders of the labor force, we can expect to hear them complain about the incompetence of Generation Z.

So, are younger employees today really as lazy and entitled as us older folks believe them to be? It’s the wrong question. What we should be asking instead is what we need to do on our end to earn their devotion and grow them into the team we want them to be. And if we’re not willing to do that, then perhaps it’s not our employees who are entitled. 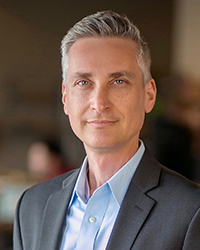