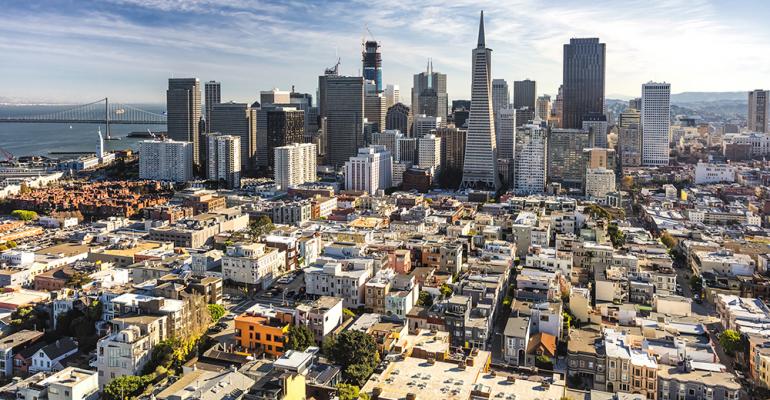 Two separate bills could have dramatic impact on restaurants

San Francisco lawmakers this week proposed two pieces of legislation that could impact restaurants in a big way.

On Tuesday, the city reportedly joined Seattle, Vancouver and Berkeley, Calif., in approving a measure that would ban the use of plastic straws and other non-recyclable plastic items like coffee stirrers.

The measure, which was unanimously approved, also includes language that would ban food containers that use fluorinated chemicals, which are often used in takeout packaging. Environmental advocates argue the chemicals repel oil and water and don’t break down in compost.

The legislation requires a second approval, which is expected next week. But if approved, it would go into effect July 1, 2019, and would also include a new requirement to make napkins, utensils and other to-go accessories available only on request, unless a self-serve station is available.

San Francisco is often a forerunner in legislation impacting the environment. The city was one of the first to ban the use of plastic bags, for example, a measure that was later adopted statewide.

Gwyneth Borden, executive director of the Golden Gate Restaurant Association, said the move was in part a response to reports that some composting mills were declining material that included fluorinated chemicals because of concerns raised by environmental advocates that such chemicals have detrimental health effects. That waste was being diverted to landfills.

Many restaurant operators across the city were already moving away from plastic straws, either offering them only on request or shifting to paper alternatives, she said.

The legislation would allow restaurants to use plastic straws for the disabled, leaving some concerned about the potential for “drive-by lawsuits” charging restaurants with Americans with Disabilities Act violations if they don’t have plastic straws available, Borden said.

But the container issue is a particular challenge because composting-approved plastics are typically about 35-percent more costly. So restaurants will likely return to using recyclable plastic containers — rather than compostable materials — that meet the standard, despite city efforts to encourage composting.

“What’s challenging is that science is ever evolving, so whenever you make rules in an evolving space, you’re going to constantly have to tweak them,” Borden said.

In a statement, the Plastics Industry Association agreed that plastics don’t belong on the street or in the ocean and can hurt the environment. But the solution is not to ban straws and other plastics but to invest in better recycling and recovery technologies.

“We need to get serious about solving the problem by investing in, and expanding recycling technologies and waste-management systems,” the statement said. “Bans, on the other hand, cause apathy. They license people to believe ‘it’s not my problem,’ when caring for the environment is everyone’s problem.”

In addition on Tuesday, city lawmakers introduced legislation that would adjust zoning laws to ban on-site cafeterias that are free to workers. The goal is to encourage workers to use nearby restaurants and engage with the community, according to the San Francisco Examiner.

The ban would not impact existing corporate cafes, and it does not include retail foodservice outlets, like those in hospitals or schools, where meals are purchased.

But many of the city’s tech companies have installed lavish in-house cafeterias that serve free food to workers. Such perks hurt local restaurants that are already struggling to keep their doors open and make a profit in the increasingly cost-prohibitive business sector, argued San Francisco Supervisors Ahsha Safai and Aaron Peskin, who co-sponsored the bill, with support from the GGRA.

“This legislation is about making our city a healthier place to live, it is about supporting restaurants, retailers and local small businesses that make up the backbone of our city,” said Safai in a statement. “This is about encouraging thousands of employees to leave their offices and to add to the vibrancy of San Francisco.”

The Bay Area city of Mountain View, which is home to Google headquarters, in 2014 also set limits on companies subsidizing meals for their employees. The law was retroactive and didn’t impact Google at the time. But Facebook is scheduled to open offices there this fall and has announced a corporate cafe will not be included, offering nearby restaurants an opportunity to feed those workers.