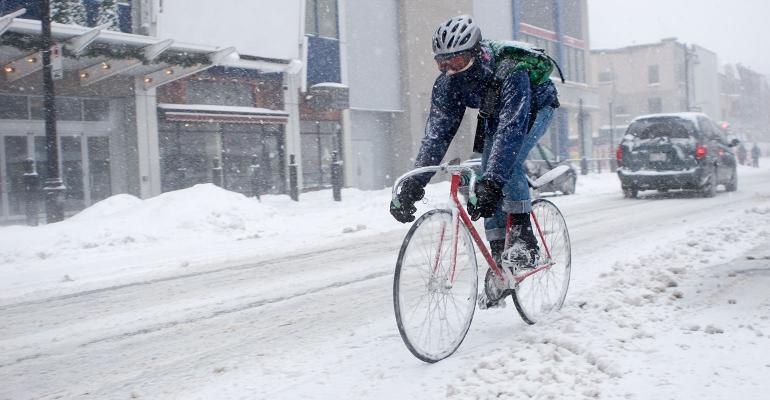 Restaurants across the Midwest are shuttering in anticipation of the sub-freezing polar vortex that is forecast to send temperatures plummeting into the negative double digits in the Midwest on Wednesday.

In the middle of Chicago’s winter Restaurant Week, which runs until Feb. 7, restaurants were choosing to stay closed rather than have employees and customers face the historically low temperatures, which were expected to fall past minus 20 degrees. 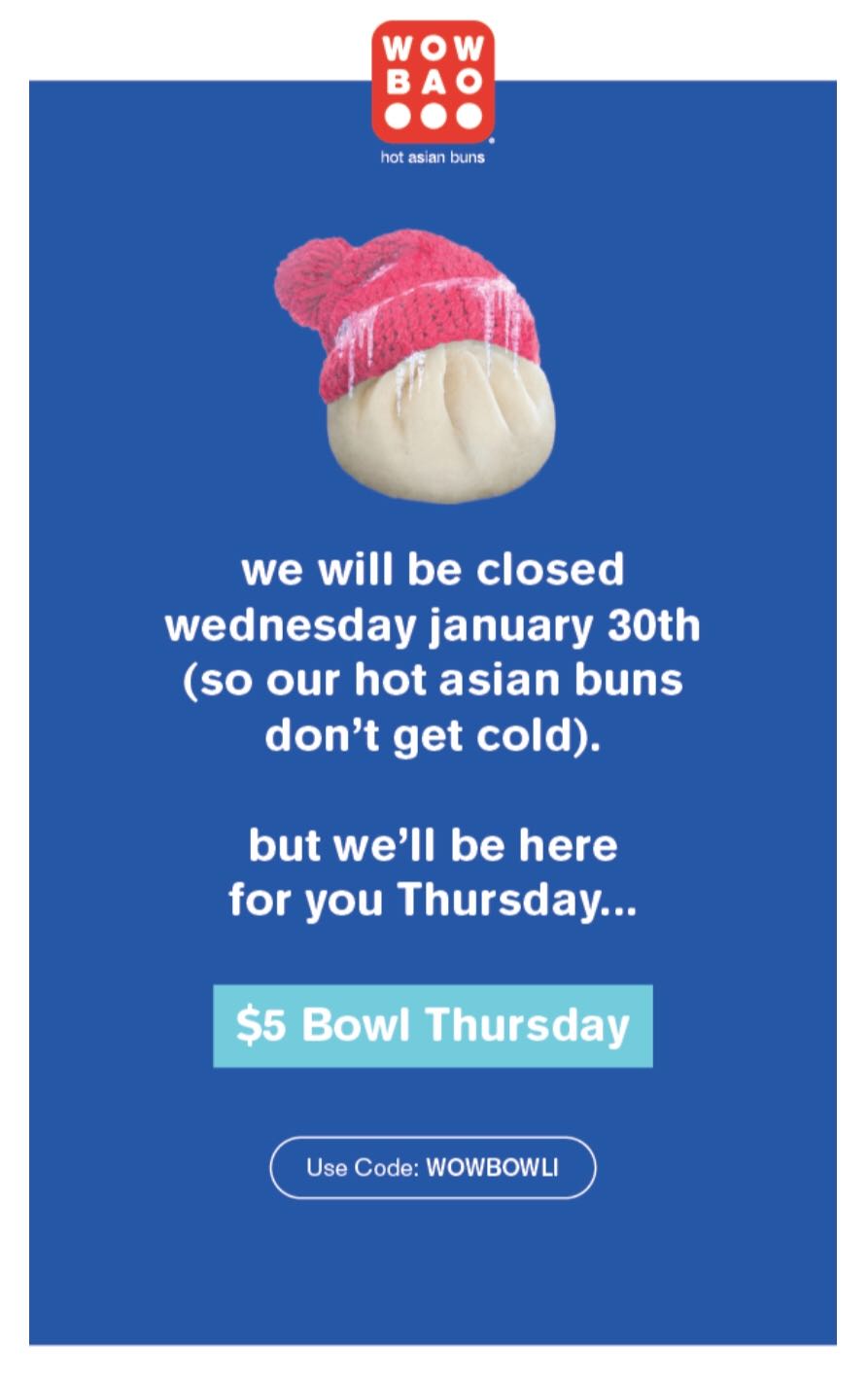 “Restaurants should keep their thermostats turned up to the minimum requirement of 68 degrees during hours of operation, and higher if possible, to account for the extremely low temperatures” and any affect they might have on heating systems, said Sam Toia, president and CEO of the Illinois Restaurant Association, in an emailed statement.

“Ensuring that sidewalks and all entryways are clear of snow and ice is also extremely important to the safety of both guests and employees,” Toia said. “Transportation may be delayed, so team members should allow for plenty of travel time to work and be advised to dress in their warmest winter clothing for their commute.”

As of Tuesday evening, more than 150 Chicago-area restaurants decided to close on Wednesday and reopen Thursday. According to a list compiled by Eater, closures included: Acadia, Gaslight Bar and Grille, Magnolia Bakery, all Chicagoland locations of Wow Bao except Water Tower Place, Kitsune, all locations of Blaze Pizza and Revival Food Hall.

Dan Salls, owner of Quiote restaurant in Chicago and adjacent bar Todos Santos, said both operations will be closed on Wednesday, and he planned to keep an eye on forecasts for the rest of the week.

The decision, he said, was largely based on concern for the safety of his 40 employees as well as guests. As he spoke by phone, he said he was carrying the trash out to the restaurant dumpster for just 30 seconds and his beard froze.

“This is life-threateningly cold,” Salls said.

Salls said he made the decision four days ago — long before the avalanche of restaurant closures began to appear on social media.

Quiote had to cancel a few reservations and postpone a class on mezcal, but Salls does not expect many Chicagoans to brave the streets anyway.

“Everything’s closing now, banks, grocery stores. Chicago will be pretty much shut down,” he said. “A lot of our vendors that we count on for food, and our liquor distributors are also not planning to work [Wednesday]. Even our farmers, who are used to dealing with the elements, are going to be closed.”

Mike Simmons, owner and executive chef of Café Marie-Jeanne in Chicago, will also be closing Wednesday. He said that while the decision was a hard one, they ultimately decided to close out of concern for the employees. He said they were worried about “getting to work via public transportation, outrageous ride-share surge charges and the sheer safety issues moving around in dangerous temperatures creates.”

But despite all warnings in place, some businesses will be braving the frigid winter temperatures to serve customers. Revolution Food Hall in Roseville, Minn., operated by Craveable Hospitality Group, will remain open on Wednesday. The food hall will be highlighting some of their vendors’ warmer menu items like the umami ramen dish from Canal Street Noodle Co.

Delivery service will be available in some cases.

Lettuce Entertain You restaurants for example, will be offering free delivery through Grubhub through Thursday for its restaurants in Chicago and Minneapolis-St. Paul, Minn. Most Chicago Wow Bao restaurants will be closed, except for the one at Water Tower Place.

While Grubhub delivery drivers will be out delivering food, the third-party restaurant delivery service urged restaurants to “use their discretion” when deciding whether or not to stay open or amend their hours to ensure the safety of their staff.

“We’re keeping an eye on the extremely cold temperatures expected tomorrow and are staying in close communication with local restaurant partners and drivers who will be potentially impacted by the severe cold,” a Grubhub spokesperson said, when reached via email.

“We’ll continue to offer our delivery services to restaurants that use our drivers,” the spokesperson said, “but will consider temporary pauses in delivery operations to ensure the safety of drivers and restaurant staff.”