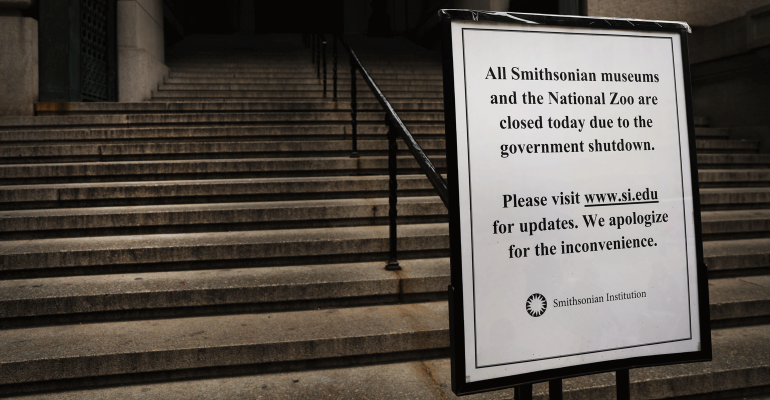 From E-Verify to brewery approvals, foodservice feels the squeeze

The foodservice impact of the partial federal shutdown, which began Dec. 22 over a funding impasse between Congress and the president, has been heightened as it persists into the new year.

“We’ve got some restaurant operators just sitting on their hands and waiting,” said David T. Denney of the Dallas-based Denney Law Group, which specializes in hospitality issues.

Other impacts include restaurant closures at many federal park museums, such as the 17 Smithsonian locations, and human resources departments being unable to check potential employee eligibility through the government’s E-Verify system.

Denney said that he has clients who have invested in brewery pubs that are stalled, awaiting licensing and permitting provided by the closed federal Alcohol and Tobacco Tax and Trade Bureau.

The Tax and Trade Bureau 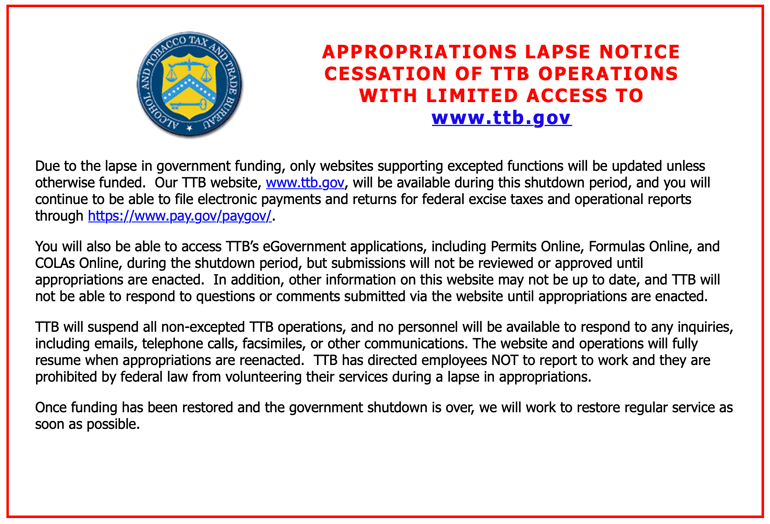 The Tax and Trade Bureau website warns that “submissions will not be reviewed or approved until appropriations are enacted” and the agency will not be able to respond to comments or questions until funding is approved.

Restaurant companies that depend on the federal E-Verify electronic verification employment system found that department’s website also closed for business.

The E-Verify system, which compares information from an employee’s Form I-9 with Social Security Administration records, is administered by the Department of Homeland Security, which is among the agencies partially shut down in the budget impasse.

“If operators were using E-Verify before the shutdown, they can go back to the existing rules for hiring documents that the majority of employers in the U.S. still use,” Denney advised.

Denney underscored that restaurant employers still need to complete the Form I-9/Employment Eligibility Verification, which includes the list of documents acceptable to determine eligibility for employment, such as a U.S. Passport or U.S. Passport Card, permanent resident card or alien registration receipt card.

The employee also may provide a combination of identity and eligibility documents, such as a driver’s license with photo, a school identification card with photo or a voter registration card and a Social Security number, birth certificate with seal, U.S. citizen identification or employment authorization issued by Department of Homeland Security.

“Remember, I-9 documents must be kept separate and apart from employee files and must be retained for three years after the later of three years from hire or one year from the end of employment,” Denney added.

The Department of Homeland Security has said it is suspending the three-day rule for creating E-Verify cases. But employers will need to be aware of time limits to file documents, which will be determined once the shutdown ends and E-Verify service resumes.

Meanwhile, the Washington Post reported many restaurants at national parks, such as the 17 Smithsonian Museums in the District of Columbia and at the National Zoo, had closed along with the facilities due to the lack of government funding.

In New York, where the federal government funds the popular tourist sites of the Statue of Liberty and Ellis Island, the State of New York had stepped in to provide funding and keep the parks open.

Statue of Liberty and Ellis Island superintendent John Piltzecker said the parks and restaurants were open.

“Evelyn Hill Inc. manages the restaurant operations on both Liberty and Ellis Islands,” he said in an email. “They remain fully open during this time period when we are being funded by the State of New York.”

Evelyn Hill also runs the cafe at the Gateway Arch in St. Louis. That park has been closed by the federal shutdown. Brad Hill, president of Evelyn Hill, said, "We've paid our employees through the end of the year, because it was the right thing to do."

However, as the shutdown continues, Hill said he fears they will have to be laid off and forced to collect unemployment payments.

Chef José Andrés of the Washington, D.C.-based ThinkFoodGroup said several of his restaurants were offering discounts and free food to furloughed federal workers in the D.C. area.

Do you worry for the Federal employees going through Christmas without getting paid? I do...⁦@realDonaldTrump ⁩ while you keep the Government shutdown, we will feed them ⁦! ⁦@thinkfoodgroup⁩ ⁦@andpizza⁩ and other biz.... https://t.co/ZkpPLinhCg