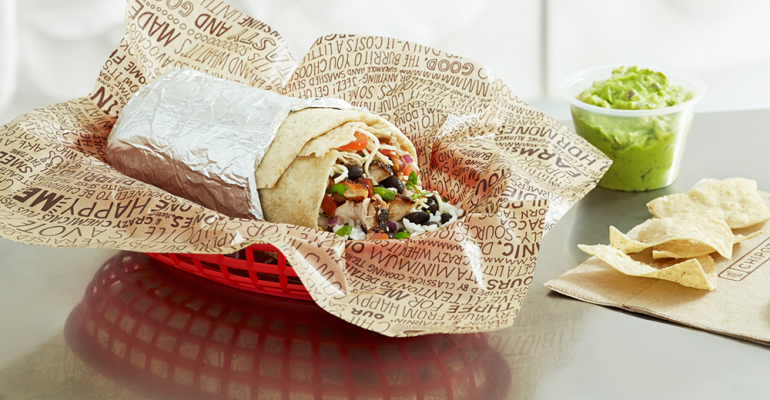 Chipotle employees to be tested quarterly on food safety

This week, hundreds of employees at Chipotle Mexican Grill restaurants throughout the U.S. are undergoing food safety training after Ohio state and federal health officials linked 647 reported illnesses of Chipotle customers to the same foodborne disease.

For many longtime employees, this week’s training is redo of food safety protocols put into place in 2016 following a series of foodborne illness outbreaks that crippled the chain in 2015. No restaurants will be closed for the training.

Training is happening over the course of this week at various times to accommodate schedules, but most are happening before the restaurants open, Chipotle said.

Faulty food temperatures appear to the cause of the outbreak, though health officials have not tied the illnesses to a specific food. Chipotle disposed of the food before health officials could take any samples after the late July incident.

However, officials tested food leftovers provided by some sickened customers. Those samples turned out negative for any foodborne disease. Last week, the cause of the outbreak was eventually discovered through stool samples, which tested positive for the foodborne disease Clostridium perfringens. The disease, which attacks the gastrointestinal tract, occurs when food is left at an unsafe temperature, health officials said.

Chipotle said the training is being conducted internally by Field Leaders and General Managers. It’s unclear how this year’s training is different from the sessions conducted two years ago.

Beyond this week’s training program, Chipotle said it plans to test employees regularly to ensure they have command of food safety protocols.

“To ensure ongoing execution and compliance, we are adding to our daily food safety routines a reoccurring online knowledge assessment of our food safety standards. This will be done quarterly,” Schalow said.

In 2016, Chipotle said they would “dramatically” increase the number, and intensity, of restaurant inspections after a series of foodborne illness outbreaks.  At the time, company founder and then CEO Steve Ells promised a series of actions to elevate the brand’s food safety protocols.

“In 2015, we failed to live up to our own food safety standards, and in so doing, we let our customers down. At that time, I made a promise to all of our customers that we would elevate our food safety program,” Ells stated.

Among the new procedures was stepping up the number of restaurant inspections both by independent auditors and internal teams. The company also launched new handling procedures for produce, citrus and meats, and comprehensive sanitizing protocols.

When asked the date of Chipotle’s last inspection of the Sawmill Parkway restaurant, the company said it didn’t know the precise date. It would likely have occurred in the second quarter, Schalow said. Victims who self-reported getting sick ate at the Chipotle restaurant in Ohio between July 26 and July 30.

Schalow said Chipotle uses “independent auditors to audit every Chipotle restaurant at least once a quarter in addition to our own in-house field audit teams who audit restaurants randomly throughout the year.”

After the Powell, Ohio incident, outside auditors, EcoSure (a food safety division of EcoLab) and internal company auditors were sent to the restaurant, she said.

Chipotle did not reveal any of their findings.

In a statement released last week, CEO Brian Niccol said Chipotle has a zero-tolerance policy for any violations of its stringent food safety standards.

“We are committed to doing all we can to ensure it does not happen again,” said Niccol, who started as CEO in March.