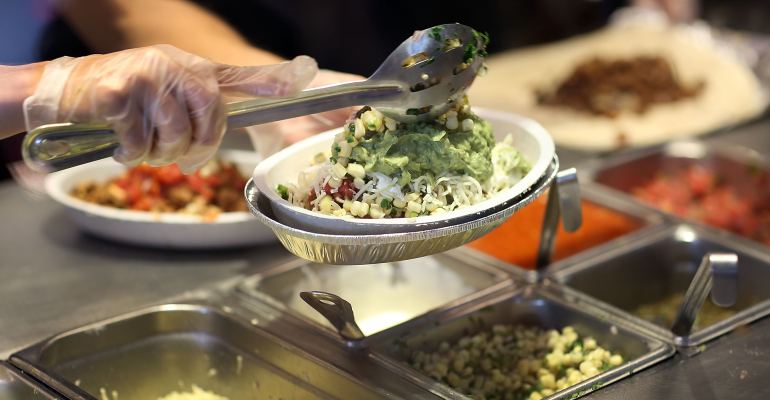 Are your compostable food containers doing more harm than good?

As the days of polystyrene to-go food containers are quickly disappearing, we’ve seen the rise in popularity of molded fiber bowls: containers made from natural pulp byproducts that, unlike their plastic predecessors, can be composted instead of ending up in landfills or the ocean. These now-familiar containers are used by such chains as Chipotle, Sweetgreen, and Dig (formerly known as Dig Inn), for example.

But according to an investigation by nonprofit The New Food Economy, many of these molded fiber bowls also contain PFAS — also known as per- and polyfluoroalkyl substances — which are typically used as a “grease-proofing” agent. These fluorinated compounds — which the report dubs “forever chemicals” — allegedly do not degrade in a timely manner. Moreover, a growing number of studies have raised concerns that these chemical compounds could be toxic and are seeping into the soil and waterways. Compost-friendly states like Oregon, for example, do not allow packaging in compost bins in part because of concerns about PFAS.

So, is this so-called environmentally friendly container doing more harm than good?

The nonprofit Biodegradable Products Institute, or BPI, which certifies packaging as compostable, certainly thinks so: In December 2018, the organization announced that they would no longer certify products that contained PFAS at more than 100 parts per million, starting in January 2020.

“Compostable products and packaging play a pivotal role in the zero-waste movement, and as more communities across the Americas set up food waste collection programs, we are working to ensure that BPI’s certification will continue to be a trusted benchmark for compostability,” Rhodes Yepsen, BPI’s executive director said at the time of the announcement.

There is compostable packaging on the market now that claims to be PFAS free. At the National Restaurant Association show this year, many manufacturers were promoting foodware that will meet BPI’s new standard.

Chipotle, meanwhile, clarified that the company does use containers made with fluorochemicals. But the Newport Beach, Calif.-based chain also pointed to the US. Food and Drug Administration’s comments in June that “there is no indication that these substances are a human health concern.”

“As evidenced in Chipotle’s Sustainability Report, we are committed to using safe and sustainable food packaging and only partner with suppliers who make fluorochemical sciences and food safety a top priority,” Chipotle told Nation’s Restaurant News. “These suppliers operate under strict guidelines set forth by the FDA and have all provided Chipotle with certification that all raw material and finished pulp products fully meet regulatory requirements.”

Although Chipotle specifically addressed the health concerns associated with fluorochemicals, the company did not comment on how these new standards affect their composting policies.

Chipotle said less than 20% of their compost program is comprised of front-of-the-house (packaging and containers) operations. Most of what is collected for composting is organic material, or kitchen scraps.

In June, however, the FDA posted information about PFAS, agreeing that these chemicals are widespread — showing up in both humans and animals — and that bioaccumulation could cause certain health risks. The FDA said it is working with other federal agencies to evaluate that risk and test for PFAS in food and exposure through food packaging.

Yepsen of BPI, however, said restaurant operators like Chipotle that are choosing compostable packaging products are not to blame.

“These are establishments trying to make better decisions, compared to the majority of QSRs that have not made an attempt to move away from the single-stream trash model,” Yepsen said.

In a growing number of municipalities, however, that move away from single-use disposables may be necessary. San Francisco will ban the use of disposables with PFAS, starting next year. A similar ban in Washington state is targeted to begin in 2022.

One multiunit concept that has taken composting very seriously is quick-service Mexican restaurant chain, Taco Time, based in Renton, Wash.

The family-operated chain in Washington state eliminated PFAS from its packaging supply chain about a year ago, after initial concerns about fluoride chemicals in compostable products began to surface. Instead, Taco Time now uses bioplastics made from PLA (Polylactic Acid) — a plastic-like substance made from corn starch and sugar cane, and their packaging is certified by Cedar Grove Composting, another organization that certifies products for composters in that region.

But Taco Time’s franchise affairs and sustainability manager, Wes Benson, said he believes the company is in a unique position in being able to afford time and resources to dedicate to composting.

“We feel we have a competitive advantage because waste diversion is such a regional concern and since we have a regional presence, size-wise we are well-placed to do whatever we can to stick with our sustainable ethos,” Benson said about the 79-unit chain, which is franchised by Kahala Corp. outside Western Washington. “Really the issue with both smaller and larger companies is just coming up with the bandwidth.”

Of course, Taco Time did have to sacrifice something in order to come up with fluoride-free composting policies. Benson said that they have had to raise prices. In addition, PLAs are not as efficient in acting as a grease-barrier as the fluoride chemicals in molded fiber products, he said.

So, how do restaurants balance environmental responsibility and cost-efficient practices moving forward?

“There isn’t a one-size-fits-all solution for sustainability, it has to be taken in the context of what is trying to be accomplished,” Yepsen said. “Compostable foodservice products make sense at a restaurant, since the majority of the waste stream is likely food, and compostables can be collected with that food in one bin, without sorting, and sent to a composting facility.  […] But it’s not just about whether the product is sustainable, it’s the whole system in which it’s used, collected, and processed into compost.”