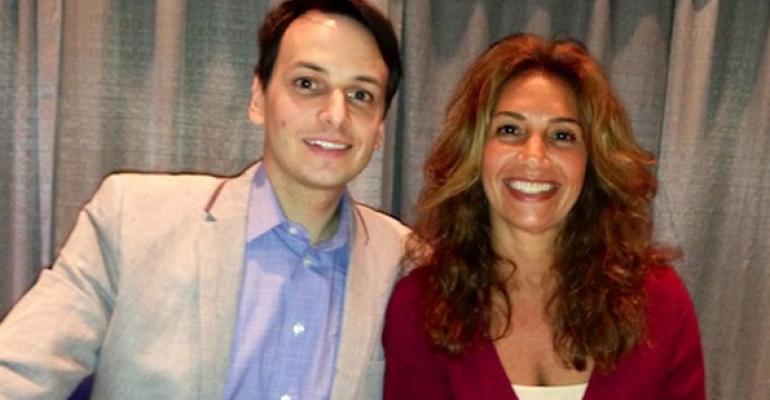 How restaurants can leverage social media

This is part of NRN&rsquo;s special coverage of the 2013 NRA Show, being held in Chicago, May 18-21. For the latest coverage from the show visit NRN&rsquo;s NRA Show page&nbsp;and NRN&#39;s editor blogs, plus follow @NRNonline&nbsp;on Twitter. Also find the most compelling digital buzz from the show in one place at NRN&#39;s new social media hub.

Both restaurant suppliers and operators were using a wide variety of social-media platforms during the National Restaurant Association show in Chicago, posting everything from the foods they were eating to celebrity chefs they were meeting.

And a growing number of vendors were offering ways to incorporate social-media users into everything from reservations systems to loyalty programs. Many of them were applications for smartphones.

About 49 percent of consumers use social media to research restaurants, according to panelists in an NRA “Social Marketing and Profitability” education session.

Alissa Blate, executive vice president and global practice director for consumer lifestyle marketing for the New York-based MWW Group, and Tim Baker, MWW’s vice president of digital strategy, said customers won’t visit a website everyday, but they will opt-in to receive a restaurant’s updates in social media, be it Facebook, Twitter or other platform.

Reaching consumers that way can be effective, they said.

“Even if it’s only doing it 10 minutes a day, that’s really all it takes,” said Blate, whose firm handles such clients as large as McDonald’s. “You don’t have to hire a team to do this.”

Instagram and Vine are two social media tools that show emerging strength, Baker said. “Vine, if you want to play with that, is from Twitter and basically a six-second video service that’s really starting to take off,” Baker said. “We’re seeing a lot of interesting uses of it. We’re seeing a lot of restaurant chefs showing how to make a dish in six seconds. That’s really great content, especially if you have signature dishes.”

The key to finding out what’s going to be hot is following customers back on the social-media platforms and find out what they are talking about, Baker added. “They are following you because ultimately they want discounts, they want offers, they want information,” Baker said, “so make sure you are giving them that. … At the end of the day, most brands follow restaurants on social media for discounts and savings.”

Baker suggested restaurants should start with monitoring what customers are saying and doing on such platforms as Yelp, Foursquare and Google Local. And then, he added, tools they can use to stay up-to-date on those conversations — and the brand’s reputation — are simple as free Google Alerts or more in-depth, pay-for-use Heartbeat, Sprout Social, Topsy and ViralHeat.

Operators should also establish profiles on the social-media sites with a biography, photo and link to the store’s website as well as claim venues on popular location-based apps such as Foursquare, Baker added.

When possible, he said, it is beneficial to post new content to the channels and keep that content visual, such as pictures or artwork, and encourage interaction with questions and polls. Social-media users need a reason to follow a brand, Baker added, which includes information and photos of new items and offers. And two-way dialog with those followers and customers is important, he noted. “The more you put into it, the more you get out of it,” he said.

Restaurants can highlight promotions, events or what chefs are doing. “Reward people who are following you,” Baker said. “That’s very, very important. Consumers want to know you are interested in them.”

Getting older managers interested in social media. “We see this problem a lot,” Baker said. “Basically find those that are using social media and show them case studies of how it is helping them. That’s probably the best case. People need to see to believe.”