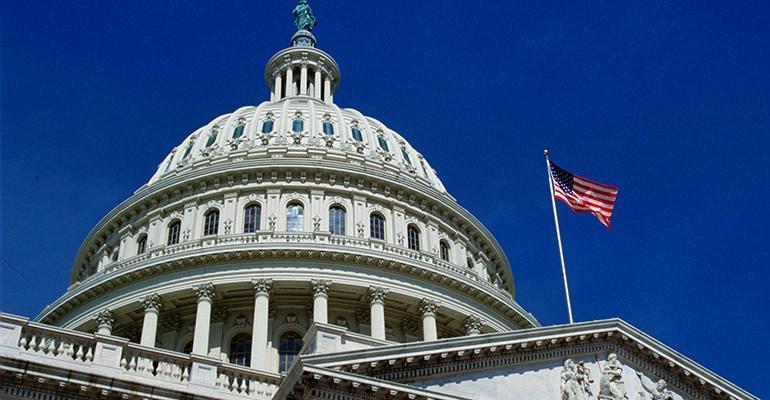 Tip credit is eliminated in Washington, D.C.; another state passes a $15 minimum wage

Tip credit, minimum wage and union protections were on the ballot this Tuesday: Here’s what to know

The day after Election Day, while many Congressional races are still tight in some states, voters made major decisions on tip credits, minimum wages, and labor organization across the country. Here are the ballot measures results you should know about, and how the restaurant industry is reacting.

Related: What a $22 minimum wage could mean

Washington, D.C. voters said yes to Initiative 82, which will phase out the tipped minimum wage by 2027. The measure was overwhelmingly passed by almost three-quarters of voters as of Tuesday night, according to the Associated Press. The rule requires business owners to raise service employees’ wages from $5.35 an hour to $16.10 by 2027. If tips do not cover this hourly minimum, then businesses _ including restaurants — will need to make up the difference in their paychecks. Washington, D.C. joins seven U.S. states that currently have eliminated the tip credit.

“Voters in D.C. have been misled into supporting a pay cut for the tipped restaurant workers, and many restaurant owners will have to make drastic changes that will not work as proponents promised,” Sean Kennedy, executive vice president with the National Restaurant Association said in a statement. “In D.C. this means some operators will reduce their workforce, some will raise menu prices or add surcharges, and others will reduce shifts for their staff. Consumers will soon also see fewer restaurants opening in their communities because it just got a lot more difficult to run a restaurant here.”

Though votes are still being counted, Nebraskans have voted yes on initiative 433, which increases the state minimum wage to $15 an hour by 2026, and would be adjusted annually for the cost of living. With Nebraska included, there are currently 12 states that either have a $15 minimum wage in place, or are headed that way with gradual increases over the next few years.

Portland, Maine declines to increase minimum wage and will not eliminate tip credit

The tip credit was up for debate in two cities this election season, and voters split the difference, with Portland, Maine voting against both increasing the minimum wage to $18 an hour by 2025 and against eliminating the subminimum wage, with voters shooting down the proposal by a margin of nearly two-thirds to one-third of votes. The National Restaurant Association’s statement on yesterday’s ballot measures noted that the organization was “pleased” that Portland voters did not make the same choice as DC voters.

Though not all votes have been tallied, Illinois voters (likely) ushered in a new state constitutional amendment that adds the right to “collective bargaining for employees to negotiate wages, hours and working conditions.” This is a crucial change in an era where unionization has swept multiple retail giants, including Starbucks and Amazon.

On the other side of the coin, Amendment One in Tennessee, which was passed overwhelmingly with nearly 90% of the vote, limits the power of unions, and gives employees the right to refuse to join a union at their workplace.