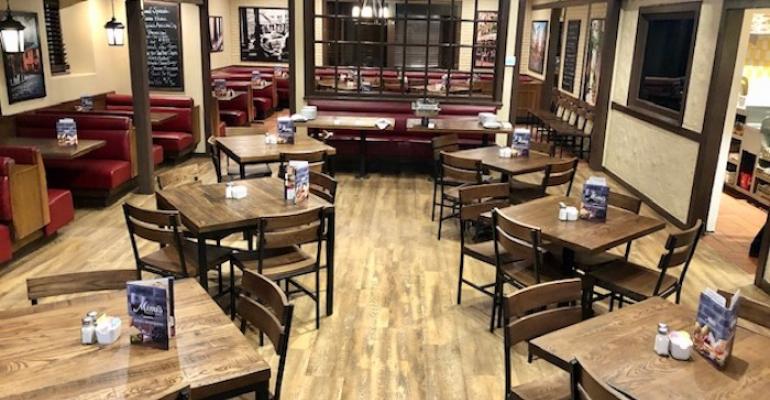 Restaurant sales and traffic were already deteriorating in the week before states and cities began closing dining rooms because of the coronavirus pandemic, according to new statistics from Black Box Intelligence.

Outbreak centers and major tourist and convention destinations were suffering the largest traffic declines, said the Dallas-based analytics company’s Financial Intelligence division, which gathers sales figures from its restaurant members. In the time since, a number of operators said traffic has declined even more precipitously.

Seattle, which saw the first group of fatalities from the COVID-19 outbreak,  suffered large traffic declines in the week ended March 8, Black Box said, with same-store traffic down 10.4% for the week – “three times worse than the national average.”

Eight days later, on Monday, March 16, President Donald Trump and his White House Coronavirus Task Force urged Americans to avoid bars, restaurant and food courts and to not gather in groups of 10 or more to stem the spread of the novel coronavirus. Many states and municipalities enacted stricter guidelines.

The U.S. death toll from the coronavirus has passed 100, and more than 7,300 cases have been confirmed, according to Johns Hopkins Coronavirus Research Center on Wednesday.

Black Box Intelligence said same-store sales declines in the March 8-ended period continued to be deeper for full-service restaurants, down 3.7%, than for limited-service, down 3.1%.

In Seattle, dine-in traffic was down 10.2%, which was 8.5 percentage points lower than the previous week. Comparative traffic fell by 30% at fine dining and upscale casual concepts, Black Box Financial Intelligence noted.

“As restaurants shift to off-premise sales, third-party delivery may prove challenging given the very low adoption rates by consumers, especially those in older demographics,” Black Box Consumer Intelligence said. “Only 4% of all consumers 18-24 years old placed a third-party delivery order the week ending March 6; the percentage was less than 1% for those 55 and older.”

Consumers were continuing to shift food spend to grocery. Consumers decreased their share of food spend at restaurants by 2.8% nationally and by 5.7% in Seattle during the first week in March, Black Box Consumer Intelligence said.

As of Tuesday, Black Box Intelligence said it had started collecting daily sales and traffic data for all restaurant operators, regardless of their relationship to Black Box.

“In a time of uncertainty and heightened anxiety, we want to extend what we do best — data and insights — to the entire restaurant community to help navigate this new reality” said Kelli Valade, Black Box Intelligence CEO and president, in a statement.

The daily survey goes live at 8 a.m. CDT, collecting data from the previous day. Submissions are due by 1 p.m. CDT, and results will be distributed later that same day to participants, a spokesperson said.

The survey is only open to restaurant operators, and those interested can contact Black Box by email at: [email protected]