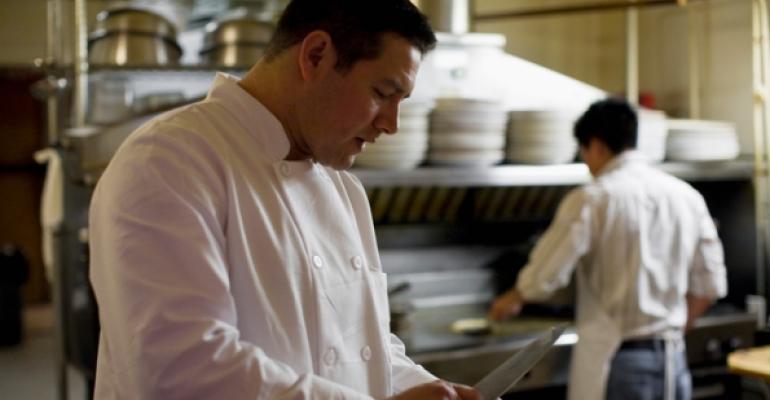 <p><em><strong><img alt="" src="http://nrn.com/site-files/nrn.com/files/uploads/2016/01/JoeKefauver_2013_125.jpg" style="width: 125px; height: 121px; float: left;" />Joe Kefauver is managing partner of <a href="http://alignpublicstrategies.com/">Align Public Strategies</a>, a full-service public affairs and creative firm that helps corporate brands, governments and nonprofits navigate the outside world and inform their internal decision-making.&nbsp;This article does not necessarily reflect the opinions of the editors or management of Nation&rsquo;s Restaurant News.</strong></em></p>

The most notable components of the rules are the doubling of the current salary threshold from $23,360 per year to $47,476 per year ($913/week) and the allowance of only 10 percent of bonuses and incentives to be counted toward total salary. The Department of Labor asked for little to no change to the all important duties test.

Salary threshold is a moving target

For business owners and operators both large and small, a particularly important piece of the rule that has not gotten significant media coverage is the automatic threshold evaluation every three years. What that means is DOL will revisit the issue and adjust the salary threshold piece on a three-year schedule. For historical context, the formula has not been changed by DOL since 2004, twelve years. Now they are going to do it every three years.

The adjustment formula is based on the 40th percentile of full-time salaried workers in the lowest-income census region. Based on that figure, the recalculation three years from now would likely push the salary threshold to approximately $51,000. You can do the math after that. So the bottom line is this is not a one-and-done event for business owners and operators. It will be a continuously moving target, and accordingly, so will operational adjustments by employers.

Clearly, the business community will seek legislative and legal remedies to minimize the operational and financial impact. An effort will be made through the appropriations process to freeze funding and prohibit DOL from enacting and enforcing the rule.

This is a long shot because the appropriations process entails thousands of budget items that eventually get negotiated between the House and Senate and then with the Obama administration. Any particular item, such as a specific rider like this, is sometimes hard to protect.

Additionally, the business community will likely pressure congressional leaders to invoke the Congressional Review Act, which gives Congress 60 legislative days to pass a “Resolution of Disapproval” on rules or regulations finalized by various agencies. It is rarely utilized and if there is enough support to pass the legislation and disapprove the rule, it would still have to be signed into law by the president. That is highly unlikely since this has been a priority for his administration.

There is also the possibility of rallying around the recently introduced Protecting Workplace Advancement and Opportunity Act which would, among other things, delay the implementation of the proposed changes and require USDOL to conduct a comprehensive economic analysis on the impact of this mandatory overtime expansion on small businesses, not-for-profit organizations and public sector employers.

It would also prohibit an automatic adjustment to the salary threshold. Again, this is a highly unlikely option, as the President will inevitably veto the bill if passed by Congress. Basically, a change to a more business-friendly administration is the best-case scenario for relief. We will know about that Nov. 8.

Litigation may be the best route in the short term and experts are currently assessing many legal options. Probably the strongest argument will be centered on whether or not the DOL has the legal authority to imbed an automatic threshold increase based on a cost-of-living measure. In this case, the agency is tying it to the 40th percentile of full-time salaried workers in the lowest-income census region. The DOL has never included a cost-of-living adjustment in the overtime regulations and some experts argue Congress did not empower the agency to do so.

Barring a successful injunction, if and when the courts work it out, operators should be prepared to comply with the new rule as of Dec. 1.

In the meantime, there is a full plate of operational and staffing decisions for employers to wrestle with as well as figuring out the best way to talk to affected employees and other internal and external stakeholders. Looks like owners and operators will be putting in a lot of extra overtime themselves figuring all this out.