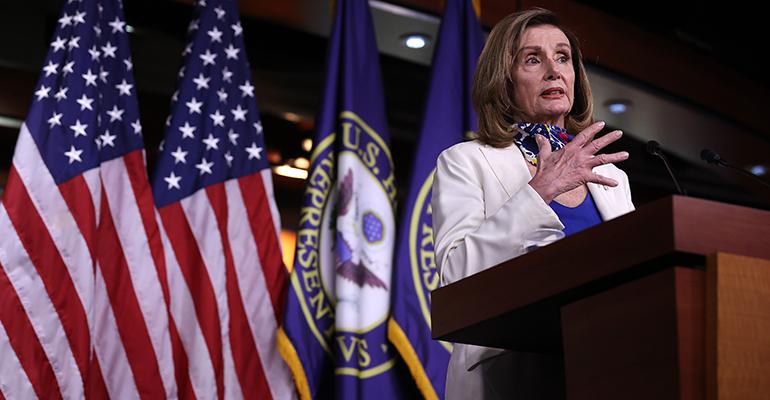 House passes revised $2.2 trillion HEROES Act that would include $120 billion in relief for independent restaurants

The U.S. House of Representatives on Thursday passed the updated $2.2 trillion Health and Economic Recovery Omnibus Emergency Solutions (HEROES) Act, which includes $120 billion in relief grants for independent restaurants. The bill is a scaled-down version of the original $3.4 trillion HEROES Act that was initially introduced and passed by the Democrat-controlled House in May but was never voted upon by the Republican-controlled Senate. Reports indicate the new version is also not expected to be taken up by the Senate.

The HEROES Act was passed in the House largely on party lines, with 18 Democrats voting against it. Every Republican voted no on the bill, with most saying that the spending was too high and targeted programs unrelated to the pandemic.

Related: Senate Republicans propose $1T ‘HEALS Act’ with another round of stimulus checks and $190B more in Paycheck Protection Program funding

Despite disagreement between the two parties, the bill’s original author Rep. Earl Francis Blumenauer (D-Or.) noted in a press conference Friday that the bill has received some bipartisan support from Republicans like Sen. Cory Gardner (R-Colo.) and Sen. Roger Wicker (R-Miss.).

“I do not think this is not a stumbling block because there are 40 senators on board [with the bill],” Rep. Blumenauer said during Friday’s press conference with the Independent Restaurant Coalition. “Anyone who has made a public statement about this has been sympathetic. It’s just been an issue of timing, legislative process and awaiting resolution.”

Related: Will Congress come to the aid of the restaurant industry?

The next challenge, House Speaker Nancy Pelosi said, will be the White House, since Democrats and the Trump Administration have yet to come to an agreement.

Speaker Pelosi told reporters Thursday that the disagreement was "a stark difference not just of dollars, but of values." In discussions with Treasury Secretary Steven Mnuchin, Pelosi said that they are “way off” on the Democrat-supported child tax credit aspect of the bill but are “in the ballpark” on aid to small businesses.

Senate Majority Leader Mitch McConnell called the $2.2 trillion set aside for the bill “outlandish” on Wednesday, but on Thursday he said of continued talks between Pelosi and Mnuchin that he “wishes them well.”

The relief bill is meant to aid independent restaurant, bar, tavern, and food truck operators, along with the 11 million people the restaurant industry employs, while chains with more than 20 locations are excluded from the relief funding.

The grant program — which was initially introduced as part of the Real Economic Support That Acknowledges Unique Restaurant Assistance Needed to Survive Act,” or RESTAURANTS Act — also specifically targets "marginalized and underrepresented communities" like female and minority-owned businesses.

The bill states that grants would be awarded based on “the difference between the business’s 2019 revenues and estimated 2020 revenues for each quarter,” with priority being given to establishments with annual revenues of less than $1.5 million. Business owners would need to use the funds for payroll and other eligible expenses by June 30, 2021.

“The PPP funds were an 8-week fix to an 18-month problem,” Boulder, Colorado restaurant operator Bobby Stuckey said during Friday’s press conference. “The Restaurant Revitalization fund will get us to the other side and is the proper lever to pull. This is the first time you’ve ever heard from our industry. We didn’t say anything even during the 2008 crisis.”

The restaurant revitalization fund has received the support of 215 supply chain businesses and was endorsed by seven major corporations, including Coca-Cola, Delta Airlines and American Express.

"The Senate cannot go home without providing relief for America's 500,000 independent restaurants and bars and protecting the 11 million people they employ," the Independent Restaurant Coalition said in a statement. "A mass restaurant extinction does not have to be 2020's next crisis. While debt is piling up and outdoor dining is growing more scarce, independent restaurants and bars across the country are making decisions about closing forever or trying to survive the winter months. Many more will have no choice but to close without a plan from Congress.”