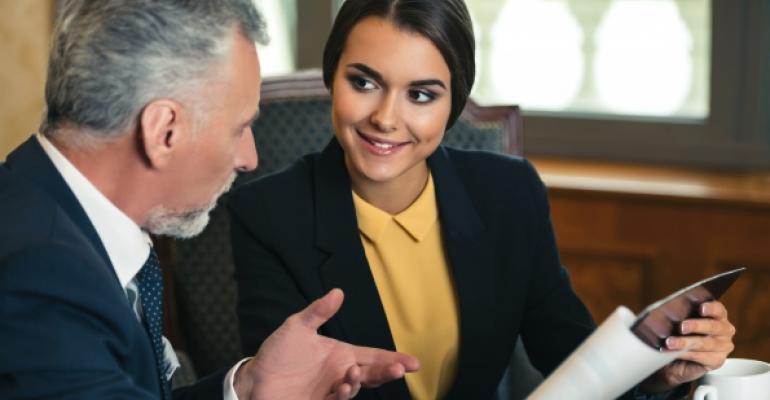 From the editor: Let’s get to work

Last year at this time I wrote a column about gender equality in business — the wage gap in particular — ahead of the Women’s Foodservice Forum Annual Leadership Development Conference and as a social commentary stirred around headlines of the Sony hack, unequal pay in Hollywood and the Oscars.

I received a particularly biting reader response, one that slammed the notion of any perceived gender imbalance in business and slammed me for being, in this reader’s opinion, too political and too gullible.

When there is a chance to hear directly from the NRN audience, I welcome it. I actually love it. What better way to learn about the audience you work to cover, inform and educate? It’s like guest feedback for restaurant brands — it’s priceless. But I will admit that this response hit me.

Just like I was hit a year earlier following a joint NRN-Multicultural Foodservice and Hospitality Alliance webinar on the LGBT workforce, which received a few pieces of what I would call nothing less than hate mail. I just couldn’t believe some people still worked so hard against progress.

There is work that needs to be done.

In business and in foodservice, building diverse teams — whether measured through gender, race, sexual preference or all of the above — is the right thing to do and the smart thing to do.

Ahead of WFF’s annual conference March 13-16 in Dallas, I spoke with 2016 chair Wendy Davidson, president of U.S. specialty channels at Kellogg North America (page 50). Her experience at global brands like Kellogg’s, and before that at McCormick & Company and Tyson, has helped her boil down the business case for diversity so simply:

“You want to have a team of people who are looking at the business from all aspects and [that] represent what your consumers look like, [that] provide a point of view that is outside of just the data.”

And what will consumers look like now and going forward? By 2020, the makeup of the average restaurant customer will be younger and more multi-cultural, and the majority of spending decisions will be made or heavily influenced by women with more earning potential than past generations.

There will always be people who will question facts and thrive on negativity, but there are so many more who work positively to bring diversity to the table. There are even those that, as WFF’s 2016 conference tagline shouts: Live It!

Foodservice has an advantage over other industries when it comes to living diversity out loud. It has a readily accessible workforce of diverse employees who mirror their customers with varied genders, races, sexual identifications, ethnicities and backgrounds of education, income and religion. It is up to today’s leaders to tap that talent when creating senior teams, marketing plans, financial outlooks or new menus.

Let’s raise a glass, hopefully as pretty as the one on our cover, and let’s live it.