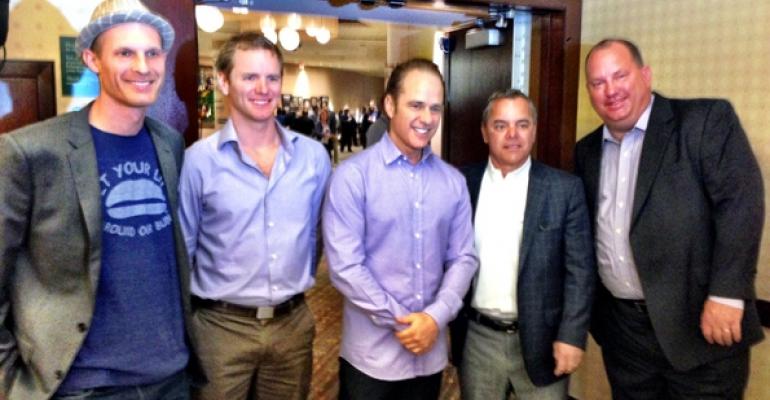 This is part of Nation Restaurant News' special coverage of the 2013 MUFSO conference, taking place Sept. 29-Oct. 1 at the Hyatt Regency at Reunion Tower in Dallas. Follow coverage of the event on NRN.com and tweet with us using #MUFSO.

Pierre Panos, founder and chief executive of the eight-unit Fresh to Order, based in Alpharetta, Ga., said his company has a robust training program and promotes its general managers from within.

“We have a very intensive training program,” Panos said. “We won’t grow at a rate beyond what we can conceivably grow our people at.”

Training crews will stay in a store as long as three months, he said.

“When we open a store, the first three months determines the next three years,” Panos said. “If you don’t execute in those first three months, it’s going to take you three years and $300,000 of marketing to try to get that business back in again. If you execute properly in the beginning, you have no problem retaining and growing.

“We can measure how we are doing,” Van Pelt said. “It’s not expensive. We use Survey Monkey. It’s very simple to set up and maintain that connection to our staff.”

Van Pelt said turnover at Max’s Wine Dive units are about half of what the general restaurant market experiences at both the management and staff level. “We don’t have to worry about staff leaving us for a place down the street for an extra $5,000 or $10,000,” he said.

Chris Doody, chief executive of 10-unit Piada Italian Street Food, based in Columbus, Ohio, said a successful concept starts with food. However, he added, “once you start to scale a business, you have to get the team, the systems and the training programs in place.”

Piada announced a “significant” investment last week from private-equity firm Catterton Partners. “Catterton is a group that came in very, very early and showed a lot of interest,” Doody said. “Anytime you have a brand with the potential to grow at a significant clip, you have got to structure it not only financially but for people who can do it.”

Saul Cooperstein, chief strategy officer of the 20-unit Umami Restaurant Group, based in Los Angeles, joined Umami from SBE Group, which had invested in the concept along with Fortress Group.

“The best financings that we’ve done are the ones that are relationship-driven, not financial-driven,” Cooperstein said. “It makes a big difference going through the closing process and the negotiating process, knowing it is someone you can trust on your side.”

Anthony Pigliacampo, co-chief executive of four-unit Modmarket, based in Golden, Colo., said his team trains staff to know the menu and to be knowledgeable about the sourcing on the food items. “We try to explain to customers that ‘Hey, look, we’re thoughtful on this,” Pigliacampo said, citing the in-season transitions on salad items.

“We change from strawberries to grapes every year at the same time,” he said. “Basically it’s when the supply chain shifts and you start getting strawberries from Mexico instead of California. They taste terrible and they cost twice as much.”

Modmarket has turned that annual menu transition into food story, Pigliacampo. “We tell our customer that ‘Hey, look, the salad you’ve been getting has grapes in it this week, but they are black grapes from California,’” he explained, adding that they explain further about the region they come from and that they are grown without pesticides.

“We do a lot of messaging to our employees so they can share that story,” Pigliacampo said. “Our receipts, for example, printed out for the last two weeks the story of the grapes-versus-strawberry story when you order that item.

“We’re educating the customer,” he said.