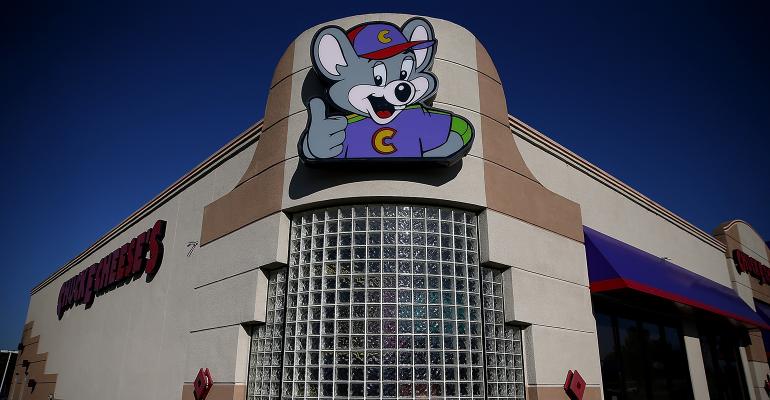 CEC Entertainment Inc., parent to the Chuck E. Cheese’s and Peter Piper Pizza chains, is reportedly in talks with investment firm Ares Management LP to sell the company, with the option of a public offering still open, Bloomberg reported on Friday.

Irving, Texas-based CEC did not responded to questions by midday Monday, but the Bloomberg report, citing “people with knowledge of the matter,” indicated that owner Apollo Global Management LLC was in negotiations that valued the 747-unit chain at about $2 billion.

In January, Reuters reported that CEC was in talks for a public offering in the second half of the year.

Bloomberg reported that Apollo had retained Jefferies Group LLC to run an IPO if the company decided against a sale to another private-equity firm.

The report said three firms — Bain Capital, Hellman & Friedman and Warburg Pincus — had dropped out of the bidding process, which was being run by Deutsche Bank AG and Credit Suisse Group A.

No deal has been reached, and talks may not lead to an agreement, they said.

For the fourth quarter ended Jan. 1, CEC narrowed its net loss to $10.1 million, from a loss of $14.2 million the previous year. The company reported revenue of $204.6 million.

As of Jan. 1, CEC had 747 units, of which 559 locations were company-owned and the remaining 188 units were franchised, in 47 states and 12 countries and territories. The system included 603 Chuck E. Cheese’s locations and 144 Peter Piper Pizza units.