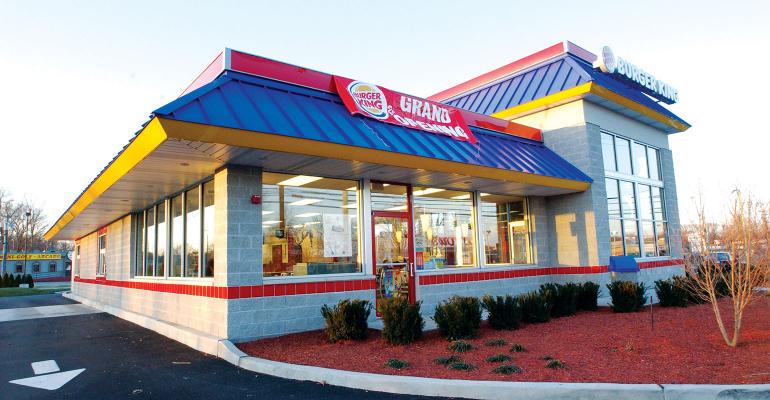 GPS confirmed the deal to Nation’s Restaurant News on Friday. “We’re certainly excited about what’s going on with Burger King right now,” said Tom Garrett, who formed the company in 2012 and has quickly become one of the largest franchisees in the country. “Burger King has a very loyal following, and they come back.”

The deal gives GPS 424 Burger King locations in several states. It is buying most of SRAC’s locations, buying out markets in Louisiana, Mississippi, Alabama, Florida and some in Arkansas.

The acquisition follows GPS’s decision to open Popeyes Louisiana Kitchen locations. The company has seven Popeyes locations and is building an eighth.

GPS has been rapidly growing since 2012 through acquisitions of company-owned Burger King locations and other franchisees. The company integrates those restaurants with its existing operations. It will take about a year for the company to integrate the 194 locations from SRAC into its company.

“Our model works extremely well,” he said. “You’re taking an old, tired brand that has 100 percent awareness and you reinvigorate it with people with a growth-minded attitude and you remodel restaurants and get systems in place.”

GPS recently promoted Joe Waller to vice president of operations, who will oversee the newly acquired restaurants. Waller has more than 25 years experience in the restaurant industry including the last two with GPS and 14 years at Arby’s running 82 restaurants in Indiana.

SPAC, meanwhile, at one point was one of Burger King’s largest operators, and one of the country’s largest franchisees, overall, but it’s been gradually selling its restaurant holdings in recent years.

The company sold 40 Burger Kings in 2015 and it also sold 26 TGI Fridays locations that year.

Fueling all of these deals is low-cost debt amid a highly competitive market to make loans to restaurant companies.

In this instance, GPS had worked on the deal for more than a year and Garrett said Burger King corporate was involved in the process to make sure the stores went to a good operator that will remodel locations and improve the restaurants.

“They didn’t want to just see the Gulf restaurants sold,” Garrett said. “They wanted to see them sold to someone who could successfully integrate it and ultimately transform and grow it.”

And after finally completing the acquisition, Garrett acknowledged he’s relieved.

“You have no idea,” he said. “I’m not sure what I’m going to do without worrying about this every single day. But their team is excited about being part of a new and growing company and they’re optimistic for the future.”

While the acquisitions help GPS expand its store base and generate more revenue and profits, they also bring in talented people from the acquired businesses.

“We get stronger as we continue to grow,” Garrett said. “We continue to add great people to our team. This is making our entire portfolio even stronger.”

The company’s goal is to generate $1 billion in sales by 2022. So though it’s done with this deal, it’s already looking for the next. “We’re always preparing for what’s next,” Garrett said. “If a good opportunity presents itself, we’ll take a look at it.”