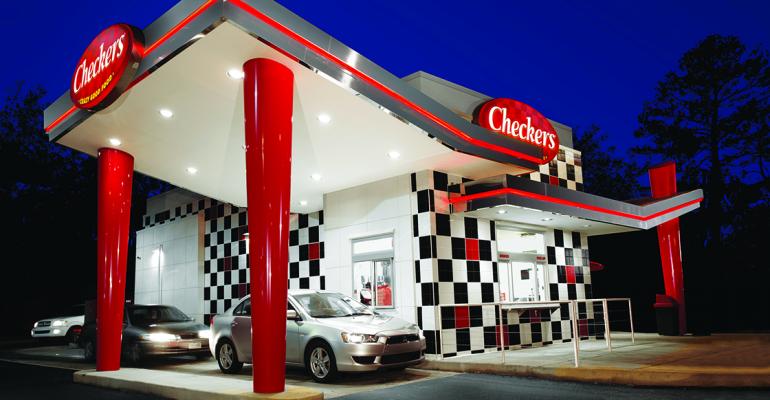 Oak Hill, the New York-based private-equity group, is partnering with Checkers management on the deal.

“Checkers is a unique concept that is outpacing the growing QSR industry,” Kevin Mailender, partner at Oak Hill, said in a statement. “The company has been able to win share in this large, stable industry through its differentiated value proposition and attractive franchised business model. With a proven brand, a loyal customer following and strong unit-level economics, we are confident that the business will capitalize on its large white space opportunity for new units.”

Checkers operates Checkers and Rally’s brands, which are typically operated as one concept. The Tampa-based company has 840 locations in 29 states under the two brands.

That is up by 68 locations since 2014, when Sentinel acquired the company. Checkers was founded in 1986.

“We are delivering record growth at Checkers and Rally’s, and our franchisees, operators and employees are more excited than ever about our future,” Rick Silva, CEO of Checkers, said in a statement. “Oak Hill Capital Partners is a perfect partner to help us further accelerate our growth.”

The transaction is expected to close in the second quarter of this year.

The deal for Checkers continues a brisk pace for mergers and acquisitions in the restaurant space so far in 2017, following earlier deals for Bob Evans Restaurants and Popeyes Louisiana Kitchen Inc. Other chains, including Ruby Tuesday Inc. and perhaps Bravo Brio Restaurant Group Inc., are looking at potential sales of their companies.