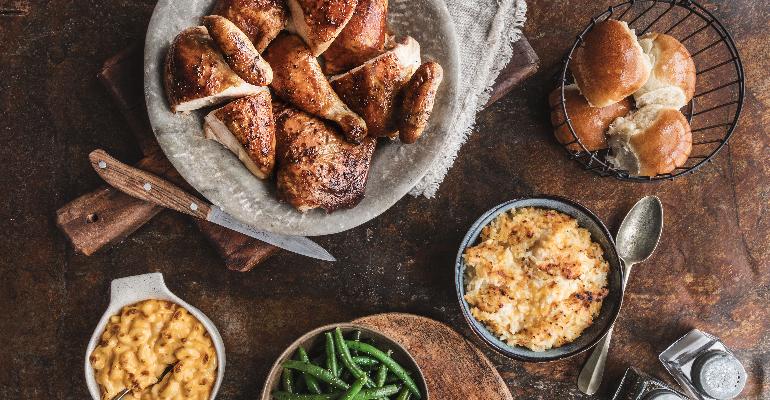 Cowboy Chicken, a 23-unit chain based in Dallas, has kept 17 of its locations open for takeout and delivery, including family meals such as $25 Chicken for 4.
Menu

Many restaurant operators have found that if they bundle enough food together to feed a family of four or five, their customers respond well. Thus has the “family meal” become probably the most popular, and easiest, way for chains to feed their guests when takeout and delivery are the only options.

Romano’s Macaroni Grill has introduced such a meal, called the Feast For Five, at those of its 90 units that remain open for takeout and delivery. Starting at $25, customers can order enough Spaghetti Bolognese, Fettuccine Alfredo with chicken, Pasta Milano or mac & cheese to feed five people. Add-ons for $10 include Brussels sprouts, toasted cheese ravioli or chocolate cake.

Related: With excess supply during coronavirus closures, restaurants sell their inventory as groceries

“Our Family Meal platform is designed to provide our guests with value, convenience and optionality,” said Nishant Machado, CEO of Romano’s Macaroni Grill, as well as Sullivan’s Steakhouse. “Given the challenges with job loss, shelter-in-place orders, etc., we believe these are critical components to all consumers navigating through this crisis.”

Laura Rea Dickey, CEO of Dickey’s Barbecue Pit, which has around 500 locations, also spoke to value and convenience when that chain launched its Classic Family Pack.

Related: How restaurant chains are catering to families, kids during the coronavirus pandemic 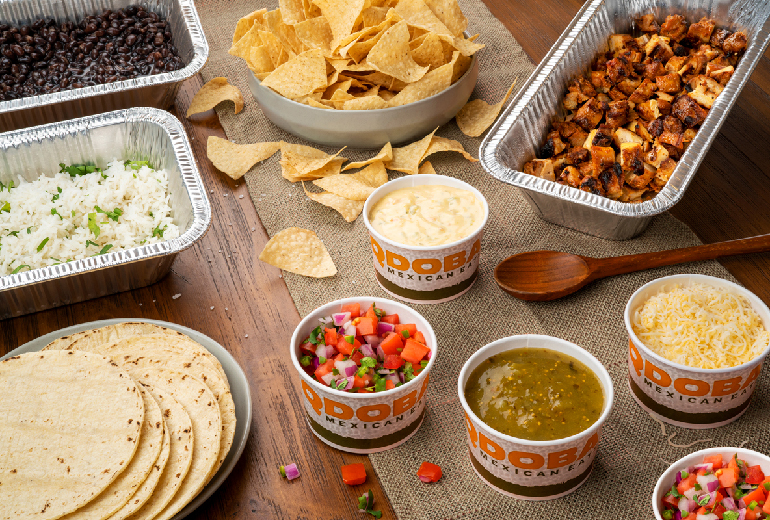 “We wanted to offer an easy and affordable dinner option from our family to yours.”

The $34.99 dinner for four people includes a pound each of pulled pork and beef brisket along with beans, coleslaw, potato salad, six rolls, barbecue sauce, pickles and onions.

Cowboy Chicken, a 23-unit chain based in Dallas, has kept 17 of its locations open for takeout and delivery, including family meals such as $25 Chicken for 4, which is a whole chicken, three large sides and four rolls or chips & salsa, or $35 Chicken for 6, which has one and a half chickens and four sides, along with rolls or chips. It’s also packing up nine enchiladas and three large sides, intended for four people, for $35. 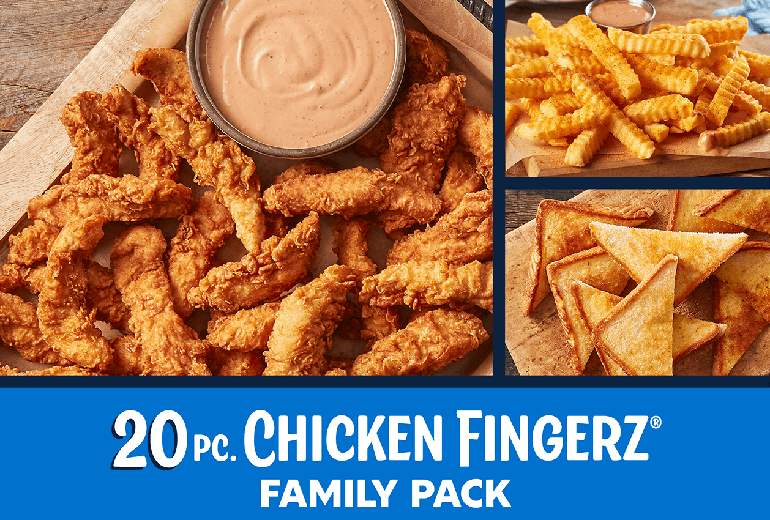 Zaxby’s is offering Zax Family Packs — a choice of 20 chicken fingers or 30 boneless wings with enough shareable sides for four people at its 900 locations for $24.99.

Quick-service chains are offering meal packs, too, including Steak ’n Shake’s Family 4 Pack Meal Deal at its roughly 500 locations, which is four large cheeseburgers, small fries and drinks for $19.99

Sister chains Carl’s Jr. and Hardee’s, with around 3,000 units between them, have similar deals, without drinks, for $15.

Zaxby’s is offering Zax Family Packs — a choice of 20 chicken fingers or 30 boneless wings with enough shareable sides for four people at its 900 locations for $24.99.

“We wanted to create an affordable meal featuring our signature menu items for families during these challenging times,” CEO and co-founder Zach McLeroy said in a release announcing the new bundle.

“Zaxby’s is always focused on bringing people together with flavorful comfort food made with uncompromising quality. Now more than ever, we’re all family,” he said.