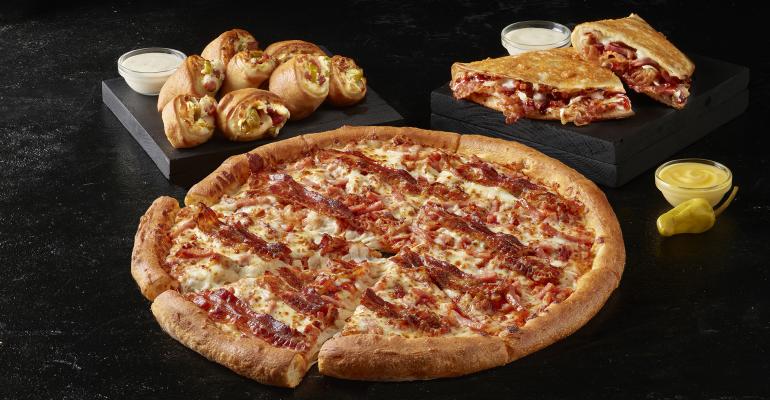 These smoked meat lovers’ items will be available nationally on Oct. 25 through Dec. 27, though they are launching on Monday for rewards members in select locations.

“Bacon is such a delicious and savory ingredient that instantly makes the food we love more fun, so we are excited to introduce innovative bacon products that bring an extra layer of satisfaction to moments perfect for pizza,” Scott Rodriguez, Papa John’s senior vice president of menu strategy and product innovation said in a statement. “The combination of ingredients we created for these products offer the premium taste and creativity consumers expect from Papa John’s.”

Here’s a company description of each of these items:

Papa John’s has been focused on menu innovation recently, with the release of the similar (though bacon-less) Parmesan-ˇ› Papadia earlier this year, as well as the epic stuffed crust pizza this past winter and the popular Shaquille O’Neal-inspired Shaq-a-roni pizza earlier during the pandemic.

In the company's latest earnings call this August, CEO Rob Lynch credited newer menu items with helping to retain customers that became regulars during the pandemic.

“Our innovation pipeline continues to be very incremental to both sales and profits,” Lynch said during the Q2 earnings call. “Our biggest new product platform ever, Epic Stuffed Crust drove a significant increase in ticket and customer traffic and both Q1 and Q2.”