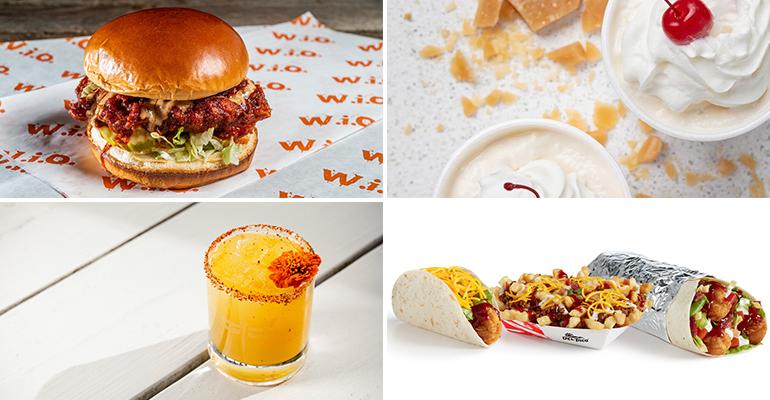 Denizens of Salt Lake City, Utah, get to be the first people to try Chick-fil-A’s new Butterscotch Crumble Milkshake, thanks to the city’s unusually high per-capita milkshake consumption.

Hopscotch is the name of the bunny-shaped ice cream cake that Baskin-Robbins is rolling out for Easter and will keep available throughout April.

Del Taco is rolling out a new sauce, honey chipotle barbecue, for a limited time, while Wing it On! is so enamored of Nashville hot chicken sauce that it’s now a permanent option for wings, tenders and sandwiches.

First Watch is celebrating spring with new items including sockeye salmon on a bagel. Sockeye season is in the summer, but it freezes well. So do Hatch green chiles, which are harvested in late summer, but Abuelo’s is offering dishes with them now.

Speaking of chiles, Bartaco is ending its five-week-long Margarita celebration with a cocktail made with tequila and chile liqueur.

Both the Halal Guys and Roy Choi’s Kogi food truck are introducing meatless options, while Velvet Taco’s weekly taco feature is made with arguably the meatiest of mainstream meats, lamb.