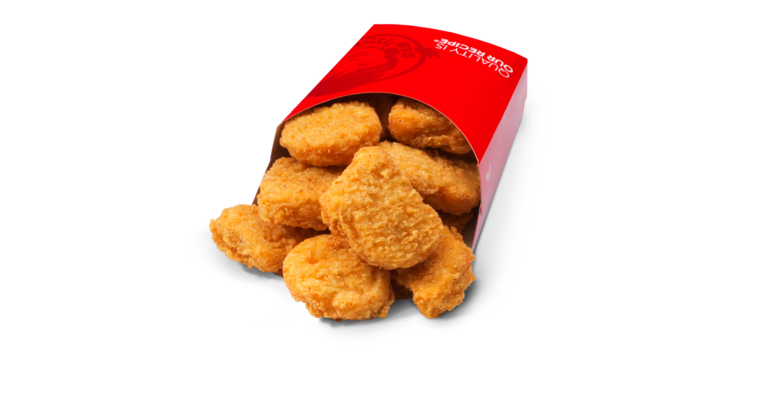 The chain and celebrities Ellen DeGeneres, Bradley Cooper and more get in on #NuggsForCarter retweet challenge

Carter Wilkerson of Reno, Nev., lit the fuse on the #NuggsForCarter phenomenon on April 5. With help from Wendy’s Twitter community manager team, he set a goal of 18 million retweets to get him chicken nuggets for life.

HELP ME PLEASE. A MAN NEEDS HIS NUGGS pic.twitter.com/4SrfHmEMo3

“It all started as a joke,” Wilkerson wrote on the #NuggsForCarter website, set up as the campaign took hold.

“I was laying [sic] in my bed scrolling through my Twitter timeline when I thought of something. I recalled tweets I have seen where kids will text their parents asking ‘How many retweets for a dog?’ types of questions,” Wilkerson wrote. “I decided to kick it up a notch and ask my favorite fast food restaurant the same type of question: ‘How many retweets for a year of free nuggs?’”

Wendy’s tweeted back the “outrageous goal of 18 million,” he recalled. A spokesperson for Wendy’s said the burger brand’s social channels are handled both in-house and through an agency.

The Nevada teen turned the retweet effort into a fundraiser, with sales of t-shirts and money being raised to assist families with members who have breast cancer and the Dave Thomas Foundation for Adoption.

Ellen DeGeneres, host of “The Ellen Show” and the holder of Twitter’s most-retweeted message ever, with her star-studded picture when she hosted the 2014 Academy Awards, jumped into the fray, giving Wilkerson’s cause a boost. The Oscars photo got more than 3.3 million retweets.

If only Bradley's arm was longer. Best photo ever. #oscars pic.twitter.com/C9U5NOtGap

DeGeneres enlisted the actor Bradley Cooper for a video to give Wilkerson’s efforts a boost as well.

Bradley Cooper? He doesn’t even have a Twitter. Don’t let him keep @carterjwm from his nuggs. #NuggsForCarter https://t.co/RkG6kARNEw

Other corporations, politicians and celebrities were surfing on the #NuggsForCarter hashtag as well, including: Amazon; Apple Music; Microsoft; actor-producer Aaron Paul; John Legere, CEO of T Mobile USA; the business networking website LinkedIn; and Nevada Gov. Brian Sandoval. United Airlines, which faced harsh criticism this week after a passenger was forcibly removed from an oversold flight and subsequently injured, offered Wilkerson a free flight to any city it serves.

Even Google Doodles, the division of the Google search engine conglomerate that develops its creative homepages, got in on the action with a special chicken nugget doodle.

Wendy’s, for its part, has pledged $100,000 to the Dave Thomas Foundation for Adoption.

As of Friday afternoon, Wilkerson had reached 2.8 million retweets.