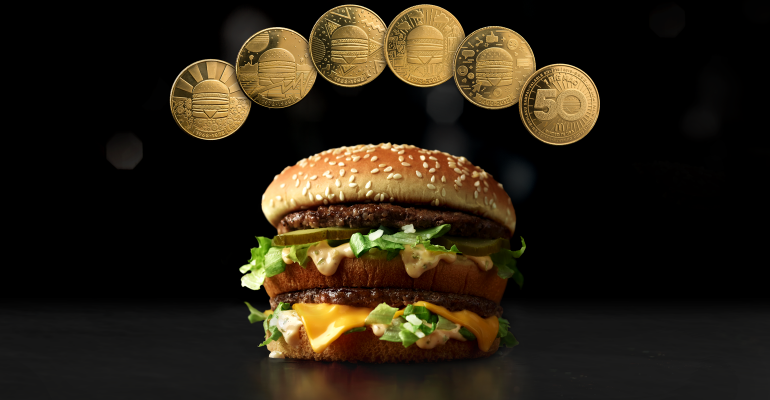 The quick-service operator is launching the MacCoin

In celebration of the 50th anniversary of the Big Mac, McDonald’s announced on Sunday that it would be distributing the MacCoin, a limited-edition global currency backed by the popular menu item.

The currency will become available in the U.S. and in more than 50 countries starting August 2. Customers in the U.S. can obtain a MacCoin by purchasing a Big Mac and redeem it for a free Big Mac beginning August 3.

The MacCoin comes in five different designs — each themed after a particular decade of the Big Mac. The currency also features seven languages representing many of the participating countries: Arabic, English, Indonesian, Mandarin, Portuguese, French and Spanish.

McDonald’s is based in Chicago with over 37,000 locations across 120 worldwide markets.