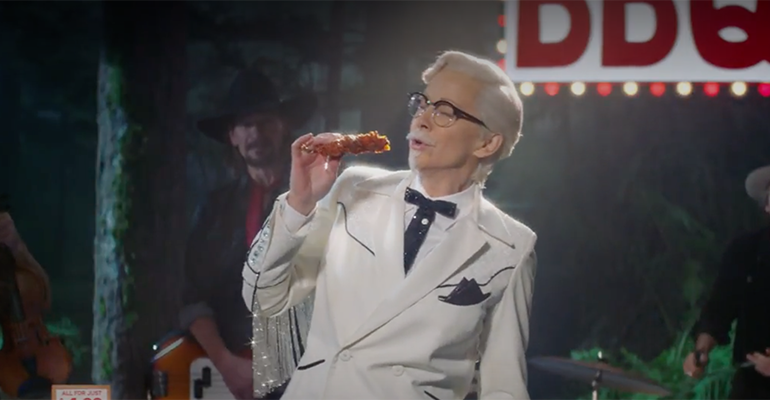 Taco Bell's new fries are seasoned with Mexican spices and served with warm Nacho Cheese Sauce. KFC's chicken salesman pretends to be a country music legend to sell its new BBQ chicken. Chick-fil-A chef shares a recipe for a soup that comes together in just 30 minutes. Pizza Hut customers can order Hut Rewards before the Super Bowl kickoff and could win free pizza if the 14-second touchdown record is broken. Burger King recently used the Whopper in a social experiment it conducted on real customers in order to demonstrate the effects of the repeal on net neutrality.