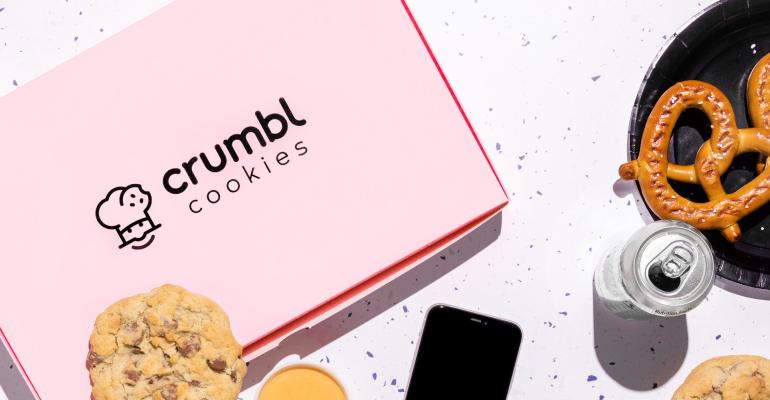 Crumbl Cookies has the No. 6 most downloaded app in the food and drink category, despite only having about 700 physical locations.
Marketing

Crumbl Cookies’ app is in the top 10 for downloads in the Apple store, ahead of giants like Taco Bell, Chipotle and Domino’s.

Crumbl Cookies has grown to just over 700 locations nationwide, a swift and sizable number given its short, 6-year history. Despite that growth, its runway remains long given that industry giants like Domino’s and Taco Bell are about 10 times its size.

Its potential is even greater considering its digital footprint. Though significantly smaller than most legacy brands, Crumbl Cookies is a digital juggernaut. In fact, the concept has the No. 6 most downloaded app in the food and drink category in Apple’s app store – ahead of giants like Domino’s, Taco Bell and Chipotle. The app was downloaded 500,000 times alone in December, according to SensorTower.

In other words, there is a remarkable gap between Crumbl’s physical and digital footprints, but that latter piece is becoming ever more important with the growing disposable incomes of digital-native Gen Z consumers.

According to a company spokesperson, Crumbl credits its digital and social success to its menu rotation and its “singular focus on creating a seamless experience.” Of course, it helps that Crumbl has an ideal canvas to with – unique and colorful cookies – for social media-friendly content and the company leverages that canvas by changing up its menu weekly. New options are announced each Monday morning, which builds up anticipation and also frequency, despite being an indulgent specialty product.

Just a few months ago, Crumbl pushed this strategy even harder, launching a “Taste Weekly Subscription” service, with both weekly and monthly options. The chain’s rotating menu was the hook here.

“We’ve found our rotating menu is key to keeping customers interested and engaged with our stores and brand. With so many return customers, it was natural for our conversations to turn to offering the Taste Weekly Subscription where customers can easily schedule their regular pink box,” the spokesperson said.

Notably, Crumbl’s social media success has translated into its mobile app, which launched in 2020. The app began as a way to simplify ordering and has since expanded to accommodate more use cases. Crumbl is also adding new features to the app this year to drive new customers and benefit its loyalty members.