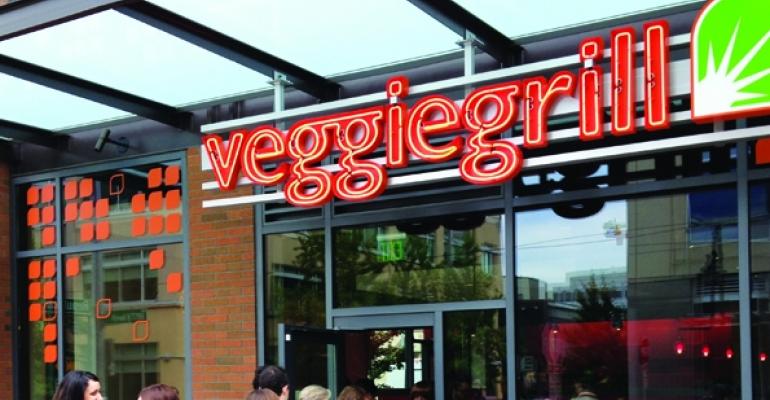 Veggie Grill, a 16-unit fast-casual chain, plans to double in size over the next 18 months after raising $20 million in equity funding, the company said Monday.

Veggie Grill chief energizing officer Greg Dollarhyde said the Santa Monica, Calif.-based concept, known for its vegetarian menu, has secured $20 million in common stock funding from both new and existing investors, including a substantial amount from private-equity firm Brentwood Associates, which is now the company’s largest single shareholder. The firm holds a minority position in the company.

Two Brentwood Associates primaries, partner Bill Barnum and managing director Rahul Aggarwal, will join Veggie Grill’s board as a result of the deal.

This is the fourth round of funding for Veggie Grill. In 2011, the company raised $11 million, which also included an investment from Brentwood Associates. That capital supported the chain’s growth from seven units to 15 by the end of 2012. A 16th restaurant opened recently in Los Angeles’ Westwood Village, near UCLA.

Founded in 2005, Veggie Grill now has locations throughout California and in Seattle and Portland, Ore. The company also plans to open new units in Los Angeles; Orange County, Calif.; San Diego County, Calif.; and Seattle in the first half of 2013.

Dollarhyde said it’s not clear where the brand will move next outside California, but “obvious” markets include Denver; Austin, Texas; Dallas and New York, or cities where there are “educated women with money,” as those customers tend to “lead the pack in terms of this type of dining,” he said.

Veggie Grill is known for a menu that appeals to a broad audience looking for craveable but “cleaner food,” whether or not they are vegetarian, Dollarhyde said. A growing number of U.S. consumers are looking for healthful meals in a fast-casual setting that don’t involve meat, he noted.

Veggie Grill’s menu includes burgers, wings and crab cakes made with vegetable proteins that in some cases are hard to distinguish from the real thing. All menu items are priced under $10.

Dollarhyde is an industry veteran and a former executive at the Zoës Kitchen and Baja Fresh Mexican Grill chains. He joined Veggie Grill in 2011 to grow the brand with co-founders T.K. Pillan and Kevin Boylan. He has a long history of working with Brentwood Associates, which also invested in Zoës Kitchen under Dollarhyde, and in Pacific Island Restaurants Inc., a franchise group headed by Dollarhyde that operated Pizza Hut and Taco Bell restaurants in Hawaii.