NRN editors select top industry stories from around the web

P.F. Chang's updates on data breach, phases out manual card imprinting (BankInfoSecurity.com)
P.F. Chang's China Bistro issued Tuesday an update to customers concerning its credit card data breach investigation, saying the hack attack was the work of a "highly sophisticated" gang. The Scottsdale, Ariz.-based company also said it was hardening its point-of-sale systems against any repeat or copycat attacks. Rick Federico, P.F. Chang’s chief executive, said POS upgrades were just about finished. "In the near future, we will complete the deployment of new hardware and begin the transition back to our standard card processing system," he says. Chang's has been using manual card-imprinting machines, also known as "knuckle busters," and dial-up card readers. 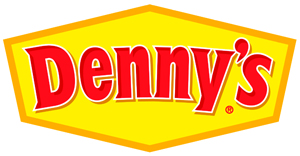 Denny's launches remixed Atari classics (Advertising Age)
Denny’s makes an appeal to Gen Xers with the release of remixed classic Atari games on the chain’s mobile app. In the Denny's version, however, Asteroids becomes “Hasteroids” — as in hash browns — and Centipede is renamed “Centipup” in homage to Denny’s pancakes.

Ice cream preferences reflect regional differences (The New York Times)
This story looks at the emotional connection people have to their favorite ice cream, and also includes a collection of celebrated local spots that should be on the radar of research and development chefs.

Colo. restaurant, armed servers cater to gun lovers (Summit Daily)
Shooters Grill, a restaurant in Rifle, Colo., is a theme restaurant that, like Hooters, features a predominantly female waitstaff. But the draw here is that the servers are armed, carrying guns holstered on their hips Old West-style, and servers are encouraged to bring their guns into the restaurant, which is permissible under Colorado law. Shooters not only features a “guns welcome” sign on the door, but also hosts regular classes where diners can take classes to become certified for concealed-carry permits. The restaurant does not serve alcohol.