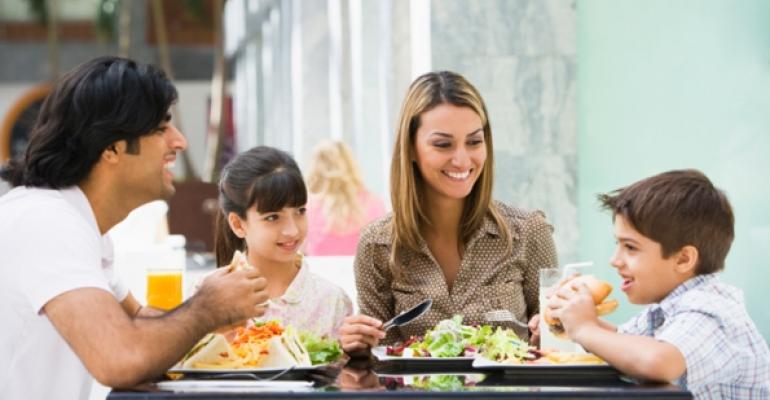 Adult-only restaurant visits on the rise

Visits by parties with kids remained flat in 2012, The NPD Group says

While adults are starting to increase their visits to restaurants in the post-recession economy, parties with children are still shying away, The NPD Group finds.

Adult-only restaurant visits increased 1 percent in 2012 — the first increase in four years — but visits that included children remained flat for the second consecutive year, according to The NPD Group, a global information and consulting group.

“We continually hear from families with kids that it’s too expensive to eat out,” said Bonnie Riggs, NPD’s restaurant industry analyst. “Restaurant operators must understand their financial situation and reflect it in pricing of kids’ menu items and kids’ meals.” 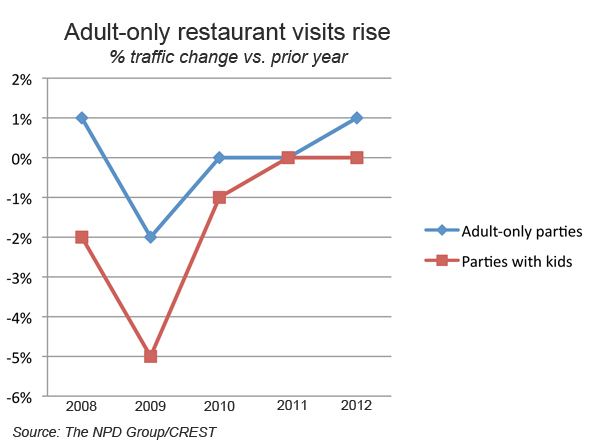 The flat number of visits by parties with kids has contributed to overall sluggishness in restaurant industry traffic, according to the NPD report “Planning for Growth in the New Normal Marketplace.” However, the report said those visits also offer opportunities for restaurant operators to increase market share.

Parties with kids contributed $84 billion and 15 billion visits to the industry in 2012, according to NPD’s CREST service, which tracks daily restaurant visits.

“Our forecast is for sluggish restaurant demand over the next decade, which means operators will battle for market share,” Riggs said in a statement. “Getting families with their children back into restaurants is certainly one of the ways in which they can grow revenue and increase share.”

The NPD Group is based in Port Washington, N.Y.