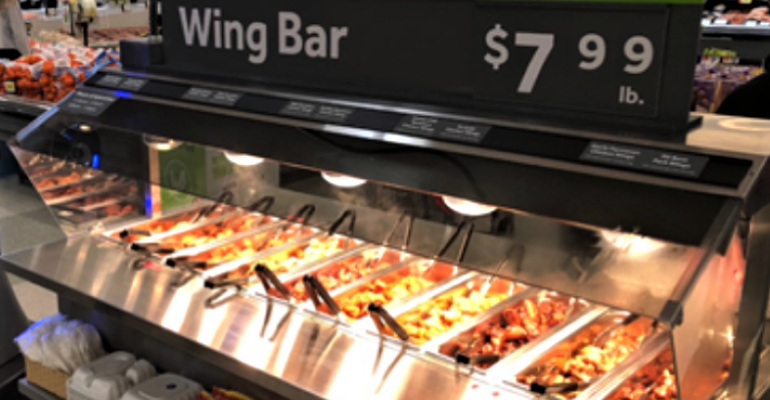 Stop & Shop said yesterday it began deploying the wing bars at stores this month and plans to add them at 187 locations in Massachusetts, Rhode Island, Connecticut, New York, and New Jersey through November.

Part of the company’s Taste of Inspirations brand, the wings come in eight flavors and retail for $7.99 per pound. Stop & Shop said the wing hot bars are located in the prepared food section, and the wings are freshly made and fried in-store. The Quincy, Mass.-based retailer noted that the offering comes in time for football season and fall entertaining. 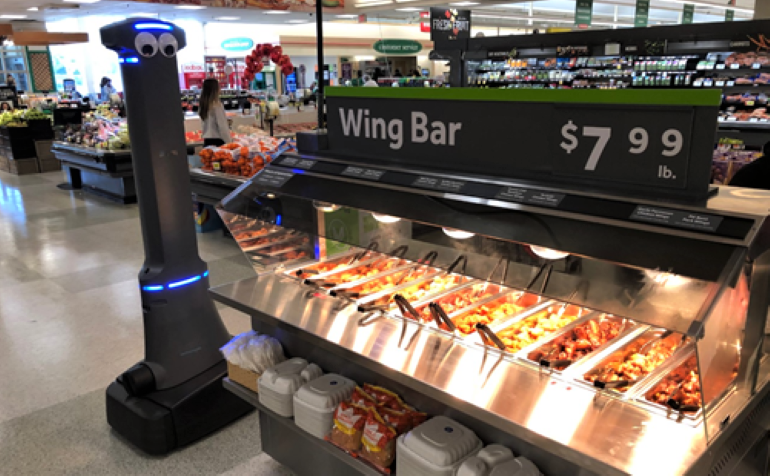 The wing bar, shown here with the "Marty" store maintenance robot, is located in the prepared food section in the deli department.

“We know our customers are busy, and our new wing bars offer an easy snack, meal or entertaining solution for tailgates or at-home gatherings,” Mark Messier, executive vice president of merchandising at Stop & Shop, said in a statement. “In testing this concept at a handful of stores, the response has been fantastic. We’re excited to bring these new varieties and flavors to more customers across our footprint.”

Stop & Shop said it began deploying the wing bars at stores in October and expects the rollout to continue at locations in Massachusetts, Rhode Island, Connecticut, New York, and New Jersey through November. Hours of operation for the wing bars are 11 a.m. to 2:30 p.m. and 4 p.m. to 7 p.m. daily. 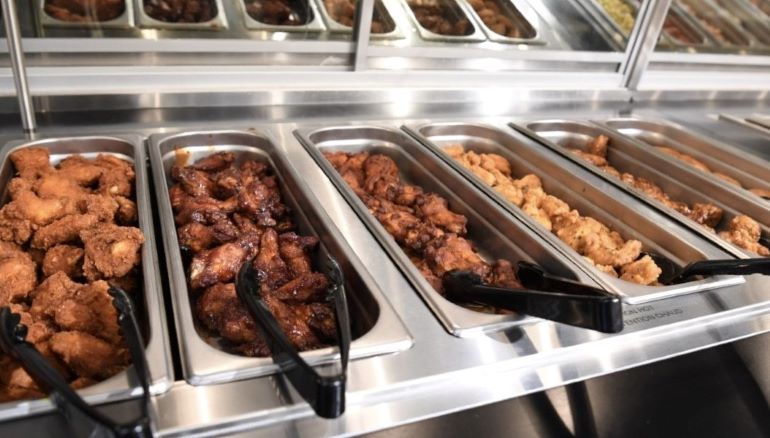 The introduction of wing bars comes as Stop & Shop proceeds with a five-year capital spending plan — estimated at $1.6 billion to $2 billion — to refresh its 400-plus stores chainwide.

Stop & Shop unveiled the first remodels in October 2018 at 21 stores in the Hartford, Conn., area and last month held grand reopenings at 21 upgraded stores in Long Island, N.Y. Plans call for 60 to 80 stores to be upgraded annually under the program.