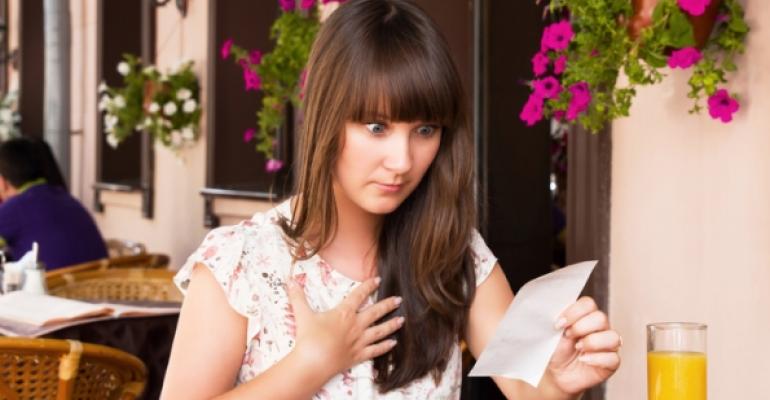 Restaurants continued to increase prices in September even as grocers kept prices steady, according to new federal data, continuing a trend in which the inflationary gap between the two major purveyors of food to consumers has widened into a gulf.

Prices for food away from home rose 0.2 percent from August to September, according to the latest consumer price index data from the U.S. Bureau of Labor Statistics.

Over the past year, restaurant prices have risen 2.4 percent. By contrast, prices for food eaten at home were flat in September from August, but down 2.2 percent over the past year. That’s a 4.6-percentage-point gap in pricing between restaurants and grocers.

Grocery prices have declined on a year-over-year basis for 10 straight months — surpassing the last sustained period of grocery price deflation in 2009, when the country was mired in its worst economic downturn in 80 years.

Many analysts believe the pricing gap is a primary reason. Consumers, lured by lower grocery prices, are opting to eat at home more often and eat at restaurants less often.

The overall food CPI was unchanged from August, helped by a 0.2-increase in prices for food away from home.

Updated: Oct. 18 2016  This story has been updated with additional information.