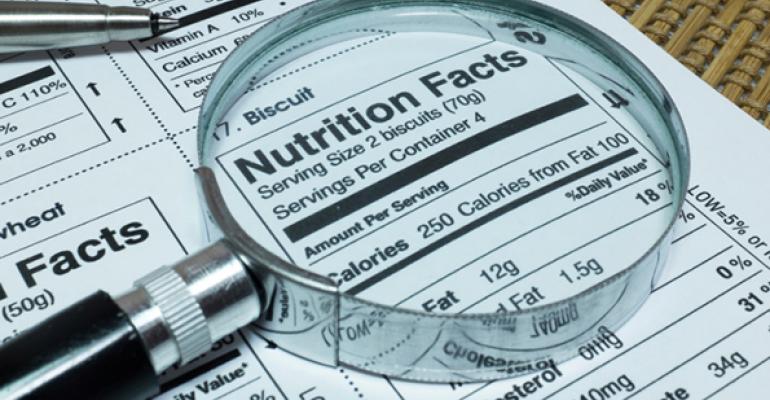 The restaurant industry largely welcomed the rules. Many chains have already been preparing for them, opting for a single, national standard instead of an amalgamation of state-led requirements.

“We believe that the Food and Drug Administration has positively addressed the areas of greatest concern with the proposed regulations and is providing the industry with the ability to implement the law in a way that will most benefit consumers,” National Restaurant Association CEO Dawn Sweeney said in a statement.

The NRA was among more than 70 groups, including public health advocates and other stakeholders, that pushed for a national menu labeling standard. The rules were included in the Affordable Care Act legislation, approved in 2010.

The FDA has been working on the rules ever since, and many chains have already started complying, such as Starbucks, McDonald’s and Panera Bread. The law requires that calorie counts be posted on the menus or menu boards at restaurant chains with 20 or more units, which will have a year to comply with the new rules.

The FDA has estimated that 1,640 chains nationwide would be subject to the requirements. Those chains have 278,600 locations. It has also estimated the cost of complying to be about $1,100 per unit, including $1,800 per limited-service restaurant and less than $1,000 per full-service location.

Under the rules, concepts with 20 or more restaurants that do business under the same name and serve most of the same menu items will be required to post calorie counts alongside the name of the menu item. Seasonal or temporary items, daily specials and condiments are exempt from the rules.

The rules apply to both restaurants and similar retail food establishments, including takeout places like pizza concepts. Grocery store salad bars and delis must also post the counts, as will coffee shops that sell muffins and movie theaters that serve popcorn. Vending machines will have to post calorie counts, too.

The rules also include alcoholic beverages that are part of the standard menu.

In addition to the calorie requirements, the FDA will require restaurants to provide written nutritional information about calories, fat, calories from fat, saturated fat, trans fat, cholesterol, sodium, carbohydrates, fiber, sugars and proteins. That information must be available to customers on request.

The FDA said it considered more than 1,100 comments in drafting the rules.

“Americans eat and drink about one-third of their calories away from home, and people today expect clear information about the products they consume,” FDA commissioner Margaret A. Hamburg said in a statement. “Making calorie information available on chain restaurant menus and vending machines is an important step for public health that will help consumers make informed choices for themselves and their families.”

Restaurants have been an unlikely supporter of a national menu labeling law since 2008, when New York City established a regulation requiring calorie counts, and other states began following suit. But the new federal law trumps those requirements — though at this point it is unclear whether restaurants in areas that have their own rules will have to change their menus to comply with federal guidelines.

The idea to have a single national rule, according to the FDA, is to provide consistent nutritional information while ensuring that chains won’t have to use different menus for different locations.

Restaurants will be able to get calorie counts from nutrient databases, cookbooks, laboratory analyses, the Nutrition Facts label and “other reasonable means,” according to the FDA. And restaurants must take “reasonable steps” to ensure that the method of preparation and amount of food served adheres to the factors on which the values were determined.

The calories must be posted next to the name or price of the item and in a type face that is the size of either the name or the price, whichever is smaller, and must be in the same color “or at least as conspicuous” as the name used for the item.

This article has been revised to reflect the following corrections:

Correction: Nov. 25, 2014  An earlier version of this article misstated the year New York City began regulating calorie counts on menus. It was 2008.

Correction: Nov. 26, 2014  An earlier version of this story misstated the agency that approved the new menu labeling regulations. It was the Food and Drug Administration.