The 2013 Golden Chain award winners represent the best the restaurant industry has to offer. They each helm a company that is exceeding the limits placed on it by today’s economic environment, and provide an example of strong, steady leadership that has positively influenced employees, managers and associates.

To celebrate the winners, NRN outlines each executive’s road to the top and dives into the strategies they used to build brands and inspire people. They also will be feted during the 2013 MUFSO SuperShow in Dallas Sept. 29-Oct. 1. The Golden Chain Awards are sponsored by SMG Inc.

This year, each winner was interviewed by a former Golden Chain honoree, providing top-to-top discussions and insights that only fellow leaders could deliver. These interviews reveal a sense of mutual admiration, a deep understanding of what it takes to lead and a belief in the positive power of sharing success stories. It is also impossible to miss how much these winning executives believe in the notion of team. 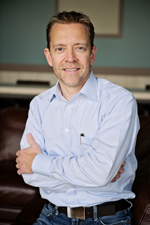 During the past six years, Cheddar’s Casual Cafe has more than doubled in size to about 130 restaurants and recorded two 20-percent surges in U.S. systemwide sales in 2012 and 2011. During those same six years, the casual-dining chain well-loved for its scratch cooking and value pricing has been led by chairman and chief executive Kelly C. Baltes, who said the Cheddar’s journey is about achieving greatness. 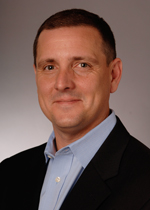 When Ray Blanchette joined Joe’s Crab Shack as chief executive in May 2007, the brand had been cut loose a year earlier from Landry’s Restaurants Inc. and was shedding underperforming stores. In the months and years that followed, Blanchette and his team rolled out several rebranding initiatives that successfully gained traction — emphasizing crab on the menu, upgrading service and fine-tuning marketing.

Blanchette spoke with his former colleague at T.G.I. Friday’s, Wallace B. Doolin, who won a Golden Chain Award in 1998 as CEO of that casual-dining chain. Doolin is currently the chairman of TDn2K. 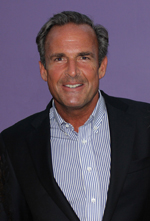 “Overnight success takes decades,” said Peter Cancro, founder and chief executive of Jersey Mike’s Franchise Systems Inc. And Cancro should know. He has spent his entire career at the same company, starting with the original Mike’s Subs in Point Pleasant, N.J., in 1971, and purchasing it from its owners in 1975 when he was just 17 years old. 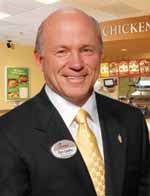 Chick-fil-A had a banner year, growing to more than 1,700 units and generating systemwide sales in excess of $4.6 billion. With 76 years of history behind the brand known for its chicken sandwiches, the future is looking bright. President and chief operating officer Dan Cathy is leading the family-owned company through its second generation and into the third with a focus on service, customer connections and team member development.

Cathy, who previously won a Golden Chain Award in 2005, discussed the restaurant business with Cheryl Bachelder, chief executive of Popeyes Louisiana Kitchen Inc., whom he called a “partner in poultry.” 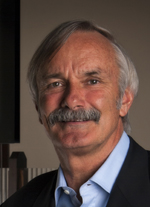 Since Michael Hislop took the chief executive role at Corner Bakery Cafe in 2006, the chain has become a formidable player in the fast-casual bakery-cafe space, posting nearly $300 million in U.S. systemwide sales in fiscal 2012, up nearly 14 percent over the previous year.

Having a conversation with Don Fox, chief executive of Firehouse of America LLC, Hislop spoke first and foremost about the importance of surrounding yourself with great people in order to grow. Fox won a Golden Chain Award in 2011.