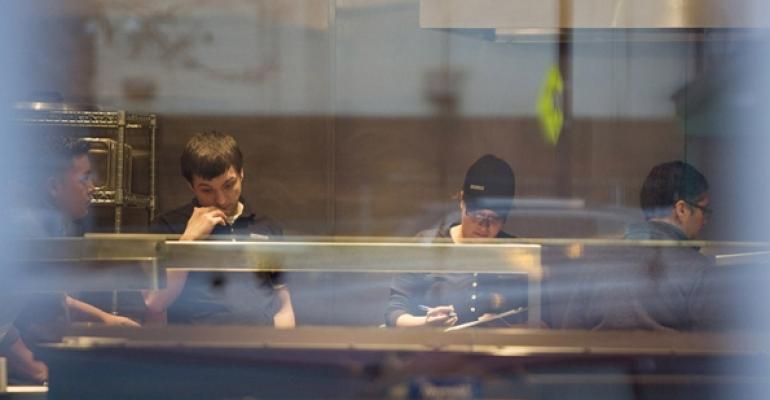 The Centers for Disease Control and Prevention is investigating yet another, more recent outbreak of E. coli tied to Chipotle Mexican Grill that has sickened five people in Kansas, North Dakota and Oklahoma, officials said Monday.

The illnesses were caused by a different, rare DNA fingerprint of Shiga toxin-producing E. coli 026, or STEC 026, but it is not known whether the infections are related to the larger outbreak of STEC 026 that has sickened 53 people in nine states, including a new case reported in Pennsylvania, although that person did not eat at a Chipotle restaurant before falling ill on Nov. 14, the CDC said.

The news of another round of E. coli is another blow for Chipotle, which has also been struggling to move past reports of a norovirus outbreak linked to one restaurant in Boston that sickened more than 140 people.

Officials with the Denver-based chain have spent the past two weeks making public apologies and touting its efforts to strengthen food safety, including more testing of fresh produce and stricter protocols for suppliers.

Throughout the crisis, Chipotle executives have also stressed that the E. coli outbreak appeared to be limited to a period between Oct. 19 and Nov. 13. Of the 53 reported ill in the larger outbreak, 46 had eaten at a Chipotle restaurant. The most recent infection linked to Chipotle exposure in that outbreak was on Nov. 10, the CDC said, although the agency had not yet declared the outbreak officially over.

The latest round of illnesses were reported between Nov. 18 to Nov. 26, and included three people in Oklahoma and one in both Kansas and North Dakota, the CDC said.

All five people reported eating at a Chipotle in the week before they fell ill.

The three in Oklahoma ate at the same restaurant there, which was not identified. The other two ate at a restaurant in Kansas, where the person from North Dakota had also traveled.

Health officials have yet to determine the exact source of the larger E. coli outbreak, which initially implicated 11 Chipotle units in the Pacific Northwest. Most of the illnesses were reported in Washington and Oregon, but reports also surfaced in seven other states, including California, New York, Ohio, Minnesota, Maryland, Pennsylvania and Illinois.

Chipotle officials said more than 2,500 tests have been conducted of food, surfaces and equipment, as well as employees, and no E. coli has been found.

As a result of the earlier outbreak, Chipotle said it expects same-store sales for the fourth quarter to be negative for the first time since the chain went public in 2006, dipping a projected 8 percent to 11 percent.

Executives did not respond to requests for comment about the latest outbreak at press time.