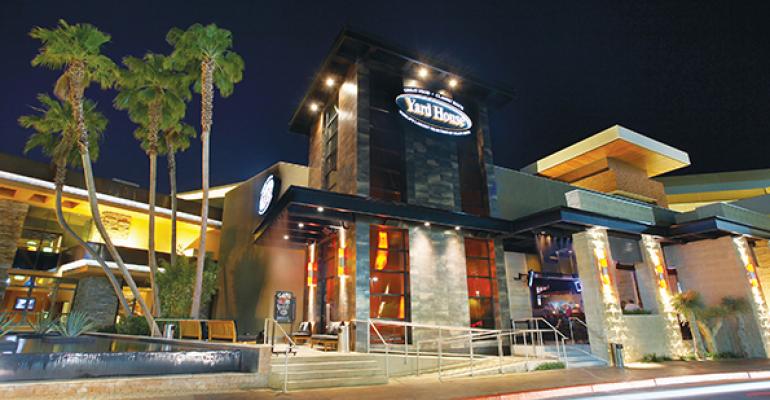 TSG Consumer Partners closes on $2.5B in funds

TSG Consumer Partners LLC, a San Francisco-based private-equity firm that has been an active investor in restaurant chains, said this week that it has closed a pair of new funds totaling $2.5 billion.

The funds will enable TSG to continue to make investments in the consumer space, where it has thrived over the years. TSG in the past has invested in restaurant chains like Yard House, My Fit Foods and Stumptown Coffee Roasters.

Any concept that TSG invests in must have some room for growth, said Pierre LeComte, managing director at TSG. “We focus on sectors that are high growth, and that includes fast casual as well as QSR,” he said.

That has fueled an active merger and acquisition market. Fast-casual and quick-service chains of the type TSG wants are the most popular targets for such investments. Many of these concepts are receiving high valuations as a result.

TSG Consumer Partners was founded in 1987, and was one of the first private-equity groups to invest only in consumer products companies. The group’s average return is 24 percent throughout its history, and its most recent fund was 50 percent.

The fund has also had some real success in the restaurant space. Among its biggest recent successes has been Yard House, which it bought in 2007 when the chain had just 16 units, and sold in 2012 to Darden Restaurants Inc. for $585 million in cash.

That kind of track record has a tendency to attract investors. TSG’s two funds were much larger than its previous fund of $1.3 billion. The funds were also oversubscribed, with investor interest of nearly $6 billion in total.

TSG has many long-time relationships with investors and its ability to scale investments based on needs has been effective in generating strong returns. “We try to stick to our knitting,” LeComte said.

TSG takes an active role with its investments, helping companies generate returns on their growth, rather than through financial engineering. “You don’t have to have a lot of excess capital to pay bank interest,” LeComte said. “And we’d rather put our capital into marketing, operations or facilities and generate returns.”