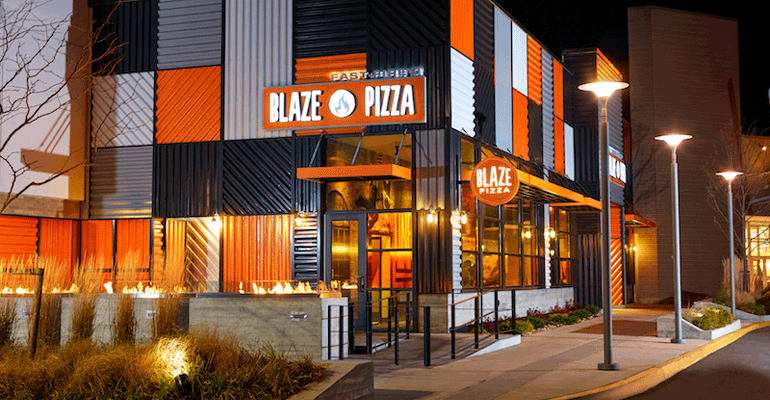 Dollarhyde also invests in chain as it pushes for more growth

Brentwood Associates announced on Thursday that it has taken a “significant, non-controlling investment” in the fast-casual pizza chain Blaze Fast-Fire’d Pizza.

The deal gives the Los Angeles-based private-equity group a piece of one of the fastest-growing chains in the country, one that has gone from one location in 2012 to 200 today — and now plans to open locations in the Middle East.

Jim Mizes, named CEO of Blaze in May, will continue in his position. The Pasedena, Calif.-based chain will also get three new board members: Brentwood’s Bill Barnum and Rahul Aggarwal, along with industry veteran Greg Dollarhyde.

Dollarhyde, who has been chair or CEO of eight different companies, including former Brentwood company Zoe’s Kitchen Inc., has also invested in Blaze through his Dollarhyde Investment Group.

“The Blaze team has done an amazing job growing to 200 restaurants in under five years,” Aggarwal said in a statement. “They have built a scalable concept with moats around their critically acclaimed chef, high quality ingredients and aggressive brand building strategies.”

Brentwood has made six investments in the restaurant industry, including California-based Lazy Dog Restaurants, Pacific Catch and Veggie Grill.

Blaze opened its first location in August 2012 and quickly became one of the biggest names in the burgeoning fast-casual pizza sector and one of the fastest growing restaurant chains of all time.

The company is on pace to exceed $1 billion in annual systemwide sales by 2022.

“We are excited to add Brentwood and Dollarhyde to our investor group as they bring leadership, a network of connections and deep restaurant experience that will simply make us stronger and better,” Mizes said in a statement.