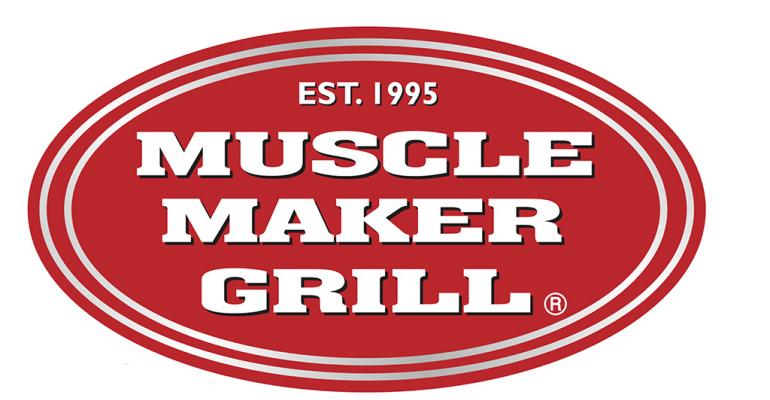 Last week, we wrote about Muscle Maker Grill’s filing of a Regulation A+ initial public offering — an IPO that will enable the company to raise $20 million by selling stock to customers.

The IPO came with something we hadn’t seen before: A “going concern” warning from auditors suggesting that its future is in question if it can’t succeed in raising money from investors.

This week, we talked with Robert Morgan, the company’s enthusiastic CEO, who said the warning was a natural consequence of the investments Muscle Maker is making in its business to generate growth. He said the company’s future is “guaranteed” and is hardly in the danger that the warning would suggest.

“The company is extremely strong,” Morgan said. “We have some good things going on in 2017.”

But Muscle Maker Grill also has some challenges with its growth trajectory and its financials as it takes its case to potential investors.

Muscle Maker is a fast-casual, health-oriented chain that was founded in 1995 and operated with one location until it started franchising in 2007.

Morgan was brought in as chief operating officer that year. He is a 40-year industry veteran who had worked with Pizza Hut and owned franchisees of various brands in the Midwest. He was promoted to CEO in 2015 — shortly after American Restaurant Holdings bought the brand.

Company financials show Muscle Maker had 54 units at the beginning of 2015, 53 of which were franchisee owned.

On Tuesday, Morgan said the company had 52 locations, 12 of which are company owned. The number of franchisee locations declined to 40 over that period. More franchisees closed locations than opened them in both 2015 and 2016, filings show.

Still, Morgan said there are a lot of locations on the way. The chain has 10 units under construction and nine others under development, including one in Kuwait that would kick off a 10-unit deal there. The company also has five military locations under contract.

Revenues grew 59 percent last year to just less than $5 million. And the company said that revenues have grown by 86.4 percent in the first nine months of this year.

Muscle Maker said its same-store sales increased 12.4 percent in the third quarter at corporate locations open 15 months before Sept. 30 of this year.

Systemwide, same-store sales declined 1.8 percent for the full year of 2016. They increased 2.3 percent the year before.

In 2016, Muscle Maker reported a net loss of $4.2 million. It had an accumulated deficit of $3.9 million and cash flow of $2.1 million. That, and a history of losses at the company, prompted the going-concern warning.

Morgan said that the losses were due to investments the company has made to support its growth in the past couple of years. Indeed, while revenues increased 59 percent last year to nearly $5 million, expenses grew faster — more than doubling to $8.9 million, from $4 million the year before.

More than half of the company’s expenses came in the form of general and administrative spending, $4.6 million. That was up 63 percent from the year before.

“We spent money to put our structure in place and build new locations,” Morgan said.

Morgan in the interview said that 50 percent of all IPOs have a going concern warning.

“If it didn’t have it,” he said, “I would be very suspect about it. Because that would mean they’re not investing in people, structure, restaurant equipment.”

It’s true that a surprising number of IPOs have going concern warnings. According to the Wall Street Journal, 42 percent of the companies that filed to go public in early 2012 included such a warning.

And nearly half of all warnings made in 2014 were for IPOs, according to a study done for the website Marketwatch. The auditing research firm Audit Analytics found that 29 percent of going concern warnings in 2015, through August of that year, were tied to IPOs. It also notes that, “a new going concern linked to a recent IPO should not necessarily be viewed as a negative economic event.”

Still, such warnings are rare in restaurant IPOs.

We analyzed IPO documents from the 17 restaurant industry initial public offerings since 2010. Only one of them, Hooters operator Chanticleer Holdings in 2012, came with a going concern warning from auditors.

Chanticleer’s was a small, $11 million offering. And the IPO came at a time when financing was not otherwise available for much of the restaurant industry. The company still publishes going concern warnings in its financials.

The experience of Chanticleer, and of Muscle Maker, are likely an indication that going concern warnings could become more common as smaller, Regulation A+ offerings become more common. And they illustrate the potential risk that such IPOs could hold for investors, particularly the customers who could be the ones buying stock.

The industry is considerably different today than it was when Chanticleer had its IPO. Lenders are eager to provide financing. Private equity firms and other investors have lined up in recent years to make investments in growth chains, especially fast-casual concepts with a health-food bent, like Muscle Maker.

Muscle Maker is doing a Regulation A+ IPO, or “mini-IPO,” which enables companies to raise smaller amounts of money from customers or other small investors. Such IPOs take advantage of new rules designed to enable smaller companies to sell stock, and they allow companies to talk more openly about their offerings — unlike traditional IPOs that favor larger companies but are more restrictive.

Morgan said his company could get financing if it can’t raise money from investors through its mini-IPO — even though Muscle Maker’s financial documents suggests it might have to take significant actions if the IPO isn’t successful.

“We have so many different ways to raise capital,” he said. “That is not an issue. Our long-term success, we’re guaranteed in my mind.”

So why go through an IPO? Equity investors are notoriously harsh on growth companies that face problems. It costs money to go public and to make routine filings frequently required of public companies.

Maybe more importantly is that such filings can come along with going concern warnings if losses are common, which may frequently be the case, as Morgan says, with upstart companies.

Yet Morgan believes a mini-IPO is the right way to go.

“It always comes down to a decision by our chairman,” Morgan said. “When we listen to our customers and we listen to our franchisees, when you get immersed in our culture, everyone wants to be in on it. The best way to do that is to do an IPO.

“To me, there’s nothing more dynamic than having your franchisee an owner, an employee’s an owner, your customer’s an owner, and all of a sudden everyone is pulling the wagon in the same direction.”