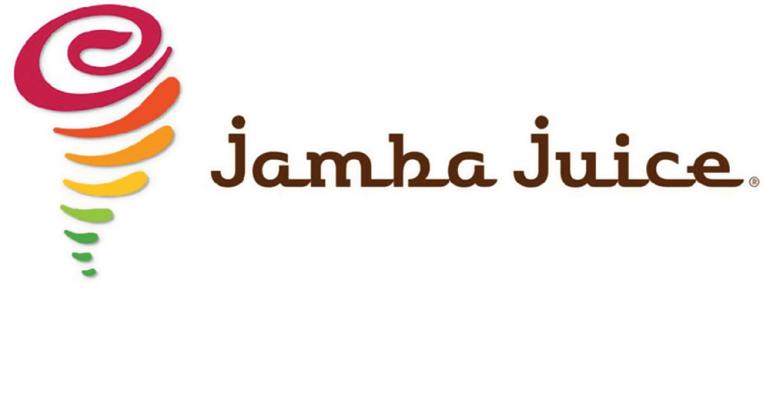 Jamba Inc. on Thursday presented its plan to regain compliance with Nasdaq reporting rules on earnings delinquent since January, and the company said it had been warned on late third-quarter filings as well.

“The company fully intends to continue to take all steps necessary to regain compliance,” Frisco, Texas-based Jamba said in a news release after presenting its plan to the Nasdaq Hearings Panel.

The juice-and-smoothie chain, in its Thursday statement, did say systemwide same-store sales for the third quarter ended Oct. 3 were down 0.2 percent, with company-owned units down 3.9 percent and franchised locations up 0.2 percent.

Nasdaq has granted Jamba extensions on reporting to the Securities and Exchange Commission its delinquent annual 10-K for the 2016 fiscal year ended Jan. 3 as well as quarterly 10-Qs for the periods ended April 4 and July 4.

On Nov. 13, Nasdaq sent Jamba an additional warning for being delinquent on the third-quarter 10-Q filings, the company said.

“The notification letter has no immediate effect on the listing of the company’s common stock on the Nasdaq stock market,” the company said.

Jamba said it expects to submit its delinquent filings “as soon as is practicable, with timing contingent on completion of financial statements and their subsequent audit and review.”

In seeking an extension from the Nasdaq panel in September, Jamba said it was delayed in completing financial statements because of “significant changes in the company’s business model, leadership and key personnel” and the relocation of its corporate office in 2016. Jamba Inc. moved its headquarters last year from Emeryville, Calif., to Frisco.

Jamba’s stock was trading in a narrow range Friday afternoon, hovering around Thursday’s close of $8.04 a share.

Dave Pace, Jamba CEO and president, said in a statement that “the consumer environment remains choppy,” and the company would focus on its franchise business.

“Franchisees are increasingly interested in drive-thru expansion based on strong financial performance of the initial drive-thru store base,” the company said. “Sales in drive-thru format locations continue to over-index versus the company’s standard predictive model and result in meaningfully improved unit economics.”

The company acknowledged real estate competition was higher for locations that would accommodate drive-thrus.

“Work is also underway with an additional group of franchise-owned test stores,” the company said. “After an appropriate promotional and test period, both qualitative and quantitative results will be evaluated.”

As of Oct. 3, Jamba had 866 franchised and company-owned locations.