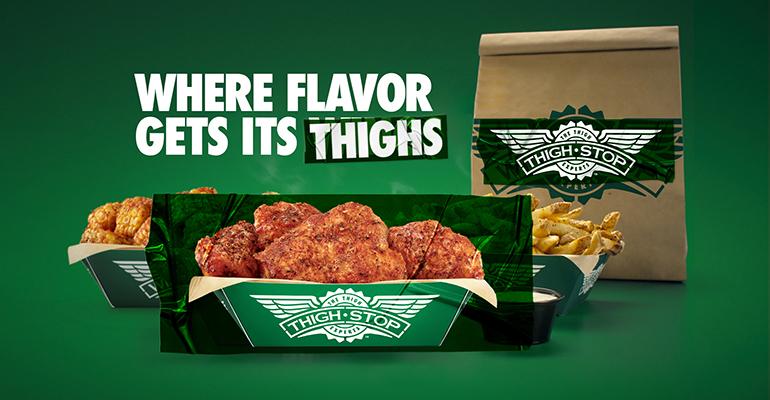 Wingstop Inc. today is launching a new concept focused on thigh meat rather than wings and calling the virtual brand Thighstop, the company said Friday.

The Dallas-based Wingstop indicated that the Thighstop brand will be available in all of its 1,400 locations.

With Monday’s debut of Thighstop as a separate brand identity, Wingstop is hijacking some of the thigh-slapping humor around that announcement last November, which saw social-media users refer frequently to the brand as “Thighstop.”

“Wingstop pioneered the concept of chicken wings as a center-of-the-plate item,” Morrison said in a statement Friday. “Although Thighstop is in its infancy, we’ve been exploring bone-in and boneless thighs as center-of-the-plate options for some time now as a way to offer fans new ways to enjoy Wingstop’s bold, distinctive and craveable flavors,”

Morrison said the thighs will be available as a carry-out item at brick-and-mortar stores as well.

The Thighstop menu will offer bone-in and boneless chicken thighs without sauce or in any of the company’s 11 flavors, just like the signature wings. They will also be offered with Wingstop’s signature ranch and blue cheese dips, fresh-cut seasoned fries, fried corn and rolls.

Wingstop said the virtual brand will also be getting its own website: Thighstop.com.