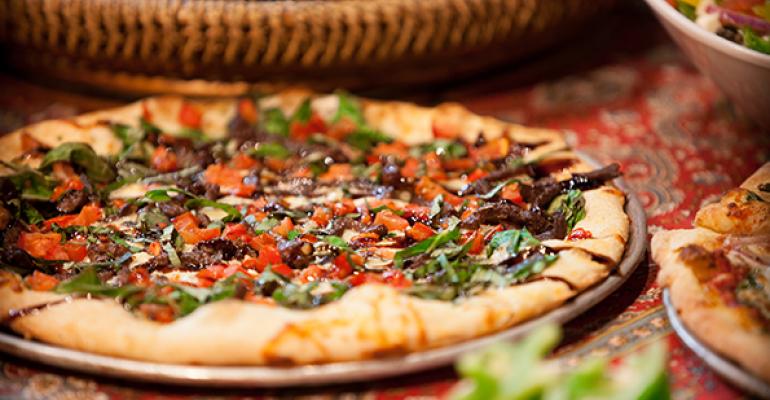 Terms of the deal were not disclosed, but Uncle Maddio’s officials said the investment brings in Washington, D.C.-based S&S as minority shareholders. S&S partners Cal Simmons and Ned Scherer will join Atlanta-based Uncle Maddio’s board of directors.

Simmons said in a statement that fast-casual pizza is one of the fastest growing segments in the restaurant industry.

“After much due diligence, we invested in Uncle Maddio’s as the pioneer of the category and a brand most likely to catapult in future growth,” Simmons said. “With its experienced leadership team and nationwide franchisee interest, we view it as a best-in-class concept.”

With the investment, Uncle Maddio’s plans to build infrastructure, add new technology and invest in human capital, the company said.

“What really excites us about our new partners is the intellectual capital they bring to the Uncle Maddio’s team,” Uncle Maddio’s CEO Matt Andrew said in a statement.

S&S has also signed on as a franchisee of Uncle Maddio’s, with plans to open as many as 17 units.

The first of those units opened recently in Rogers, Ark., and more locations are planned in the Arkansas, Oklahoma, North Texas and Kansas region, Simmons said. With the franchise commitment, S&S will become Uncle Maddio’s largest franchise operator to date.

Andrew founded Uncle Maddio’s in 2009. The chain is known for its customizable, made-to-order, New York-style pizzas with a variety of crusts and sizes, as well as salads and toasted panini.

The nearly fully franchised chain has 35 locations in 14 states. Officials say it is on track to reach 300 units within five years.

Andrews said he envisions Uncle Maddio’s reaching as many as 2,000 U.S. locations. The brand expects to move to international markets within the next decade.

“We have a great shot at being the next generation Pizza Hut,” he said.

Uncle Maddio’s is one of a growing number of fast-casual pizza players racing to capture top markets across the country.

Most are based on the West Coast, including Blaze Fast-Fire’d Pizza, Pieology, PizzaRev, Project Pie and MOD Pizza. In the East, Uncle Maddio’s is up against the Athens, Ga.-based Your Pie and the rapidly growing Pie Five, based in Dallas, a subsidiary of Pizza Inn parent Rave Restaurant Group Inc.

In 2006, S&S invested in Lorton, Va.-based Five Guys Burgers and Fries, both in the franchisor and as a franchise operator. S&S operates 12 Five Guys units in Tennessee and Arkansas.