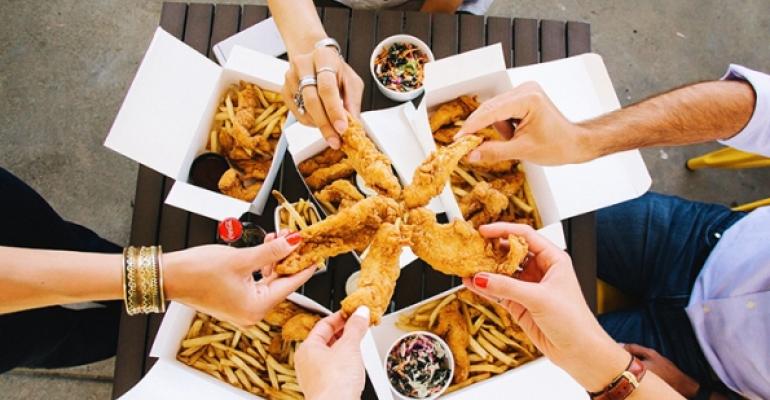 Starbird, a premium chicken concept, has raised nearly $5 million in a second round of investment funding, the company said Thursday.

Greg Dollarhyde acted as a strategic investment partner and adviser, and assembled investors through his Dollarhyde Investment Group III. He is also an investor in Santa Monica, Calif.-based Veggie Grill, as well as a former backer of Baja Fresh and Zoës Kitchen.

Starbird, a creation of San Francisco-based The Culinary Edge, opened its first restaurant in Sunnyvale, Calif., in June, and plans to open a second location early next year in Foster City, Calif.

“It’s gluten-free fried chicken, which on the West Coast is what I believe will be a huge market,” Dollarhyde told Nation’s Restaurant News.

“This is a new investment,” he said. “I invested in the seed round when it was just an idea, really. This second round of close to $5 million is to really grow the concept.”

Industry veteran Aaron Noveshen, co-founder and CEO of Starbird, launched the concept to offer premium chicken fried with gluten-free batter at prices ranging from $3.75 to $4.95 at breakfast, and sandwiches from $5.95 to $6.95 at lunch and dinner.

Starbird targets an average check of about $6 at breakfast and $9 to $11 at lunch and dinner. The pricing fills an emerging niche in the industry, Dollarhyde said.

“I think there is a niche opening up above fast food and below fast casual,” he said. “Fast casual has gotten a little more expensive than where it started at its roots. In moving up in that price range, it has opened a category above fast food that is premium food fast.”

Chicken has a unique place on that pricing continuum, he added.

“People coming up — the Millennials and Gen Z — want high-quality food, but they still want convenience,” Dollarhyde said. “Starbird finds that middle ground: high quality product, familiar product, great flavor at a slightly higher price than fast food, but below a bowl with a protein that they would get at a fast-casual restaurant and pay $15 or $16.”

The 2,000-square-foot Starbird restaurant has indoor seating and a patio.

Noveshen said in a statement that Starbird was also working to evolve “the traditional drive-thru experience with our mobile ordering and car-side delivery app. The response from the community has been extremely positive and we are thrilled to expand to a larger audience.”

“The app is fascinating, personally,” he said. “It has an Uber-like quality to it. It tells you when your food will be ready. You walk in, and your name is on the board. Or you can drive up, have the food delivered to your car and drive away. That’s in some ways more convenient than drive-thru.”

Dollarhyde said his investment in Starbird was an early one for him, after backing Baja Fresh when it had 30 restaurants and Zoës Kitchen when it had 19 units.

“Start-ups are risky, but I believe in the team and Culinary Edge,” he said. He also added that he was an investor in Pacific Catch with Noveshen.

Correction: Sept. 30, 2016  An earlier version of this story had the incorrect location for the next Starbird unit. It is opening in Foster City, Calif., not Folsom City.