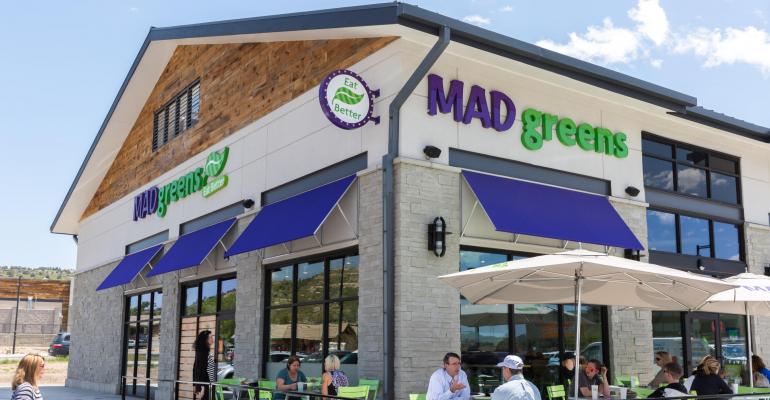 Terms of the deal were not disclosed, but the management of the new company, called Salad Collective, is led by MAD Greens executives Darden Coors and John Montgomery, who are CEO and president, respectively, of the new entity. They held those same positions at Mad Greens. Snappy Salads founder and former CEO Chris Dahlander will step away from day-to-day operations but will be on Salad Collective’s board of directors.

Denver-based MAD Greens was founded in 2004 and operates 33 restaurants in Colo. and Ariz., as well as in the Austin, Texas, area. Snappy Salads, founded in 2006, has 14 units in the Dallas/Fort Worth Area. Both will retain their brand identities but will share best practices and administrative services and work to create “a unified culture,” according to a release announcing the merger.

“We’re looking at opportunities to grow our system and Snappy is a really solid player in the Dallas market,” Coors told Nation’s Restaurant News. “They were a great competitor and have a solid financial situation, and culturally it’s a good fit” she added.

No immediate operational changes were underway, but administrative changes such as integration of payroll and accounting were, Coors said.

“We’re really excited about the opportunity this brings to both brands,” she said, adding that she was looking forward to “improving the bottom line” for both brands.

“Both MAD Greens and Snappy Salads have a long history in fast-casual salads, offering their customers fresh, great-tasting healthy meals," Dahlander said in a statement. "We are very excited to form this partnership and pool our collective resources to deliver greater value to our customers and our shareholders."

Both chains offer salads, wraps, soups and sides and position themselves as using top ingredients. MAD Greens also offers grain bowls and juices, but Coors noted that Snappy Salads has expertise in warm proteins, “which could be interesting for expanding the daypart and drawing in new customers [to MAD Greens].”

All of the restaurants are company owned, except for one licensed location of MAD Greens in the Austin airport, and Coors said that they had no plans to franchise.

“We plan to be really opportunistic with real estate,” she said, particularly within existing and adjacent markets.