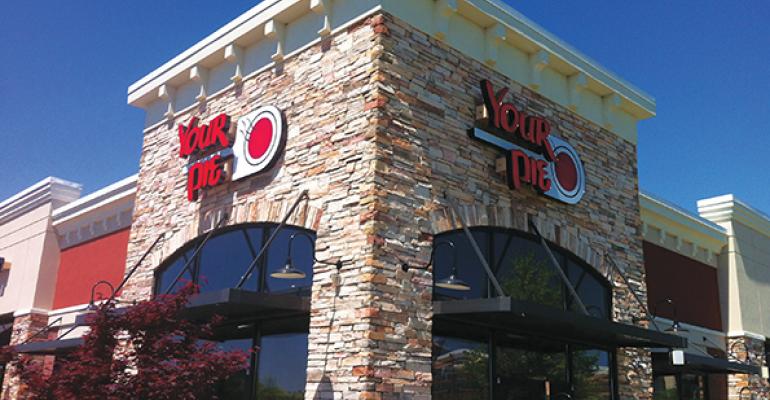 Surge in growing concepts leads to a rush for top sites

Perry Jones is vice president of real estate for Dallas-based Rave Restaurant Group. It’s his job to find locations for the growing, 87-unit fast-casual pizza chain Pie Five. The problem is, there are many others out there like him.

“Every deal I’m looking at, there are one or two other pizza guys and half a dozen other fast-casual concept guys,” Jones said. “We’re all competing for end caps.

“It’s a little bit of a wild west kind of experience right now.”

The proliferation of fast-casual chains in recent years has intensified competition, and not just for customers. Many of these concepts are looking for remarkably similar sites: 2,000 square feet to 3,500 square feet of leased real estate in urban areas and suburban strip malls. Even concepts that once filled larger spaces are targeting those types of locations.

The intensified demand for these sites is driving up the price many chains pay in rent. Jones estimates that, on average, lease rates have risen 10 to 15 percent, compared with the previous year.

Higher lease rates could cause problems in the long run for many of these concepts if sales decline.

“Rents per square foot are the highest they’ve ever been” for 2,500-square-foot to 3,500-square-foot sites, particularly in hot markets, said Jeff Mills, managing partner with San Francisco-based private-equity group Main Post Partners. “There are going to be classes of stores with higher rent loads.”

The fast-casual segment, which promises higher quality food and a higher average check than quick service, but in a limited-service format, represents much of the growth in the restaurant industry.

According to the most recent data from the market research firm NPD Group, the number of fast-casual units increased by 5 percent in the fall of 2015, to 19,043 locations, from 18,176 units a year earlier.

To put that in context, total restaurant count over that time decreased slightly.

Fast-casual chains have opened new growth avenues by expanding into different menu items in recent years, such as burgers a few years ago and pizza most recently, along with salads and Greek and Mediterranean food.

Some chains franchise, which speeds growth because it relies on many different operators to fund the construction of new locations at the same time. Meanwhile, private-equity groups, venture funds and other investors have pumped tens of millions of dollars into many other concepts.

Both strategies can intensify demand for new locations, and with all of these fast-casual concepts looking for similar types of units, it’s driving up lease rates. Landlords can pick and choose which concept they want to go into a development.

Some worry that fast-casual chains are accepting lease rates that are too high, which drives up occupancy costs.

“Everyone is trying to create such a large quantity of locations,” said Navin Nagrani, executive vice president and principal at Hilco Real Estate. “They’re not now focused on unit economics.”

The problem is that some of these chains might not meet their growth projections, or their sales could fall and they could struggle. Declining sales and high lease rates don’t mix well.

The demand for top sites is considerably different than it was just six years ago, when few concepts were growing and landlords were begging for tenants.

Bucky Cook, CEO of Athens, Ga.-based pizza chain Your Pie, said he was recently in Texas to look at real estate sites. But the real estate agent couldn’t meet with him.

“So we were peering through windows, taking photos through the glass,” Cook said. “If this was 2009, we couldn’t get out of the parking lot without a Realtor chasing us.”

Your Pie looks for 2,400-square foot-spaces, often in eclectic urban markets or around college campuses. It loves end caps with patios.

“I’ll do that deal all day long,” Cook said.

Demand for spaces is not the same everywhere. Experts say that lease rates are highest in the hottest markets with large, growing populations.

“Some of it is very tight, and I’m seeing it become more expensive,” Cook said. “Competition for spaces is more keen than it was four or five years ago.”

Experts say chains need to understand what their concept can handle and walk away from deals where the lease is too expensive.

“As your occupancy costs increase, you need to increase sales,” Pie Five’s Jones said. “Everyone wants to hold under 10 percent occupancy costs. Market pressure makes it hard to push up average sales to make the same margins.”

“Once rates start to get above a certain threshold, it doesn’t make sense for me,” he added.

One strategy is to target secondary, or Tier 2, markets with smaller populations and less demand, experts said. Some of these markets have fewer competitors and might welcome the concept.

Another strategy is flexibility. Chains should make sure their prototype is flexible enough that it can go into a number of different types of spaces. Besides, many younger customers don’t like eating at places that look like the one next door.

“Quite often, we have to be reasonably creative in the way we lay out a store,” Cook said. “We can pick up an odd piece here, a funky layout there.”

Some closed casual-dining restaurants can make good spaces, provided they are divided.

“There are a number of buildings, 4,000 to 6,000 square feet, that were casual dining,” Jones said. “We’re trying to go in and be proactive with landlords to divide up that space. We can get that done at a lower rental rate.”

Correction: March 14, 2016 Pie Five sent NRN a unit count update from the number cited in its press release. The chain has 87 units.