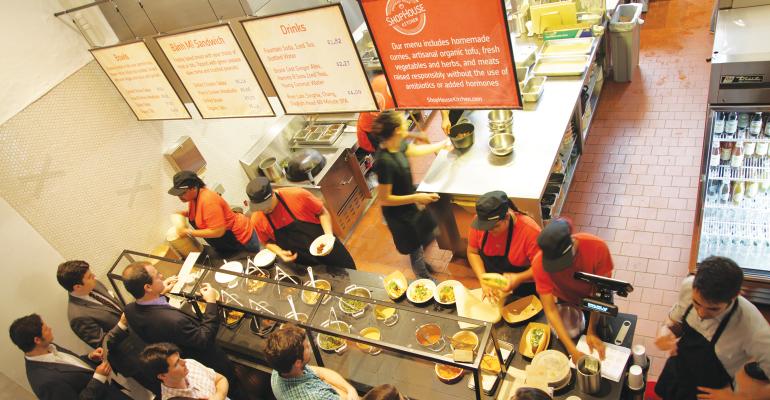 Company has sold leases on the 15-unit Asian chain

Chris Arnold, a spokesman for the Denver-based company, said that the company has a deal to sell the leases for the ShopHouse locations and plans to close the restaurants effective March 17.

“We now have a deal in place to sell the ShopHouse leases and believe that is the right decision at this time,” Arnold said in an email to Nation’s Restaurant News.

Chipotle opened the first ShopHouse in 2011 and grew the fast casual Asian brand to 15 locations. Yet the company said in its most recent annual report that it was not able to generate enough sales to warrant future investment.

The burrito giant said last year that it was exploring strategic alternatives for the ShopHouse concept.

Arnold said ShopHouse employees will be offered employment at Chipotle, and will paid for an additional week beyond closing while they transition into new positions.

The decision to close the brand comes amid numerous other changes at Chipotle, which is working to recover from a year’s worth of sales challenges. Monty Moran resigned earlier this year as co-CEO of the chain, giving the full title to the company’s founder, Steve Ells. The company is also getting ready to release its first television ad campaign in years this coming April.

Chipotle also operates two other concepts, Pizzeria Locale, which has seven locations, and Tasty Made, a burger it debuted in Ohio in October.