The firm has committed an investment of $20 million to fuel aggressive growth for Dirty Bird, with plans to open as many as 30 new locations over the next 12 to 14 months.
News>Fast Casual

The Utah-based Wags Capital is known for food-and-beverage investments, including concepts like Everbowl, Crumbl Cookies, Kokonut Island Grill, Village Baker and Más Por Favor. The firm has committed an investment of $20 million to fuel aggressive growth for Dirty Bird, with plans to open as many as 30 new locations over the next 12 to 14 months.

The concept was developed by Salt Lake City-based The McHenry Group, or TMG, which will retain a minority stake in Dirty Bird.

McHenry in an interview said the speedy growth plan is possible in part because both groups have been working for months on site selection.

The first Dirty Bird location is in a food hall in Provo, Utah, near BYU, with only 263-square feet. The second unit, however, is scheduled to open Sept. 10 in Ogden, Utah, in a 1,200-square foot location. A third brick-and-mortar is scheduled to open as soon as November.

McHenry said the concept’s simple menu — chicken sandwiches, tenders, fries and banana pudding — will allow it to operate in anything from 300-square-feet to 1,500-square feet. The goal will be to find drive-thru locations, and about 40% of sales are off premise with delivery and takeout, he said. The average ticket per person is about $11 but McHenry says that will likely to grow with scale to $16-$17. 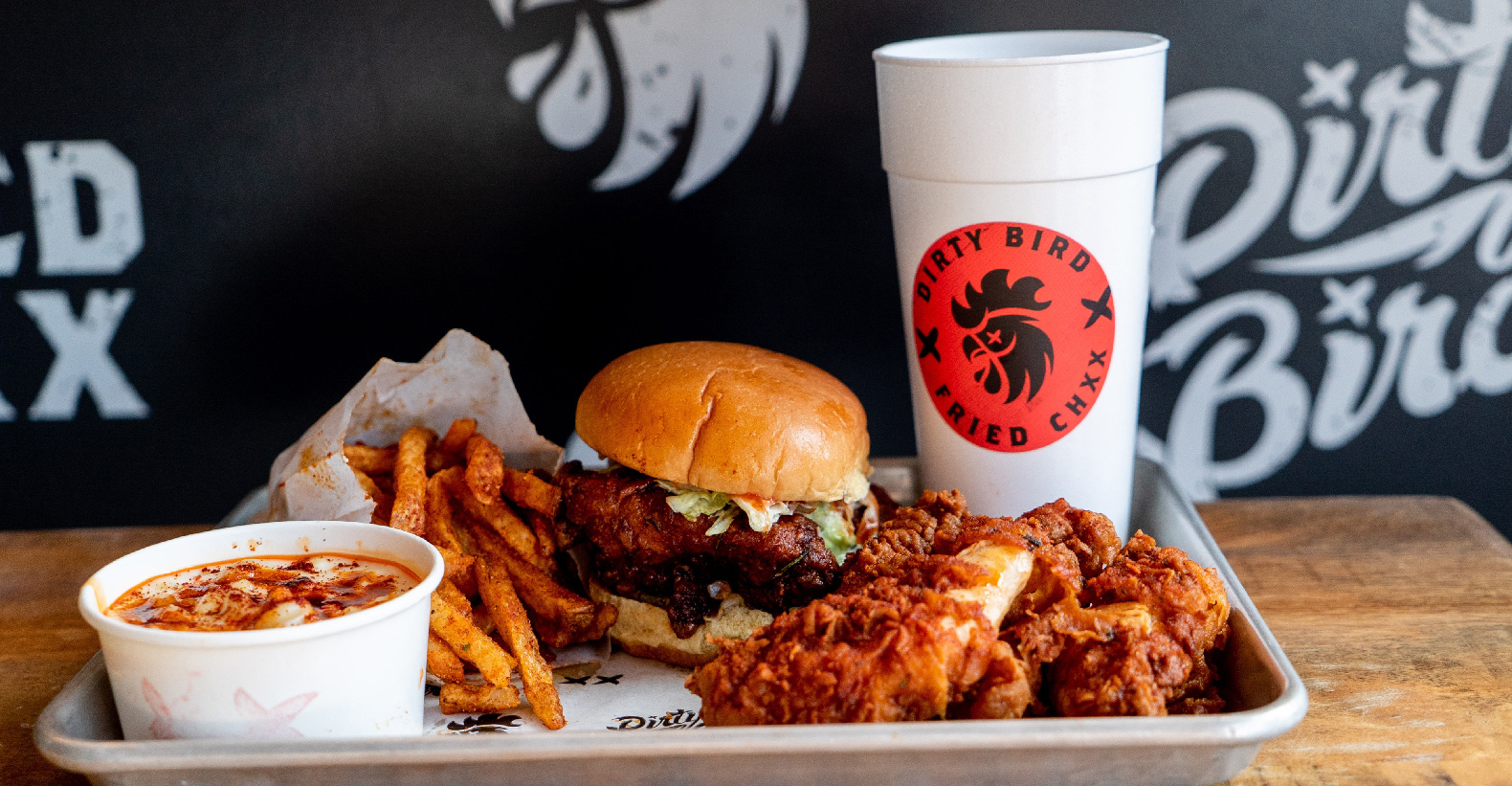 “We’re not seeing the biggest players in hot chicken maximizing the drive-thru,” said McHenry, referring to the “better chicken” brands, not the larger players like Popeyes, KFC and Chick-fil-A. “We see this as elevated fast casual, but we’re taking advantage of the conveniences of QSR.”

Aaron Wagner, CEO of Wags Capital said in a statement Dirty Bird would be one of the most disruptive restaurant concepts in the firm’s portfolio. “Dirty Bird Fried Chxx is a hot brand with the best ‘hot chxx’ in the country, combined with rich culture and scalable operations — that’s a hard mix to find,” he said. “This is a stand-out brand and we believe the potential is immense.”

McHenry said TMG plans to incubate two to four concepts at a time with the goal of creating valuable brands that will be acquired by investors with growth in mind.

“Concept creation is what we love,” said McHenry. “My team are gifted creatives and world-class operators, and we’ve found the sweet spot of being obsessed with customer and the customer’s needs.”