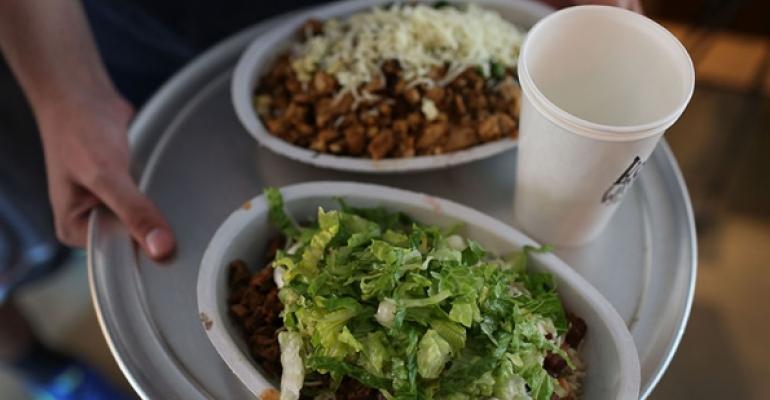 The Denver-based chain was served with another subpoena on Jan. 28 by the U.S. Attorney’s Office for the Central District of California requiring Chipotle to produce documents and information about the company’s practices at all restaurants systemwide. The more recent subpoena supersedes an earlier one served in December that was tied to an outbreak of norovirus at a restaurant in Simi Valley, Calif.

Chipotle officials said they would cooperate fully with the investigation.

News of the expanded investigation comes as yet another blow to Chipotle, which on Monday had planned to move on from the outbreaks after being given the all clear by the Centers for Disease Control and Prevention for two outbreaks of E. coli.

The CDC’s announcement was expected to provide a tailwind for Chipotle’s planned marketing effort in mid-February designed to bring back guests scared off by the food-safety crisis.

The announcement of the expanded investigation came as Chipotle reported a decline in net income of 44 percent to $67.9 million, or $2.17 per share, for the Dec. 31-ended fourth quarter, compared with $121.2 million, or $3.84 per share, a year ago.

Revenues for the quarter decreased 6.8 percent to $997.5 million, the company said, though the year-end result was an increase of 9.6 percent to $4.5 billion.

“The fourth quarter of 2015 was the most challenging period in Chipotle’s history,” said Steve Ells, Chipotle’s founder, chair and co-CEO.

But with the CDC’s all clear, he said, “We are pleased to have this behind us and can place our full energies to implementing our enhanced food safety plan that will establish Chipotle as an industry leader in food safety.”

Ells said the new program designs “layers of redundancy” and enhanced food safety measures to reduce the risk of another outbreak to “as near to zero as is possible.

“By adding these programs to an already strong and proven food culture, we strongly believe that we can establish Chipotle as a leader in food safety, just as we have become a leader in our quest for the very best ingredients we can find,” he said.

Monty Moran, co-CEO, warned that 2016 will also be a difficult year relative to the chain’s strong past performance.

“But, by staying true to our food culture and unique people culture, and layering on our rigorous food safety program, we are confident that we are now in a position to aggressively welcome customers into our restaurants and restore customer confidence in the things that make Chipotle great,” he said.

Chipotle restaurants are scheduled to close for lunch on Feb. 8 for a companywide meeting that will be part rally and part update about the company’s new food-safety protocols.

In its outlook for 2016, Chipotle expects to open between 220 and 235 new restaurants. During fiscal 2015, 229 restaurants opened for a total of 2,010 — including 23 Chipotle units outside the U.S., 13 ShopHouse Southeast Asian Kitchen units. Chipotle is also an investor in three Pizzeria Locale restaurants.