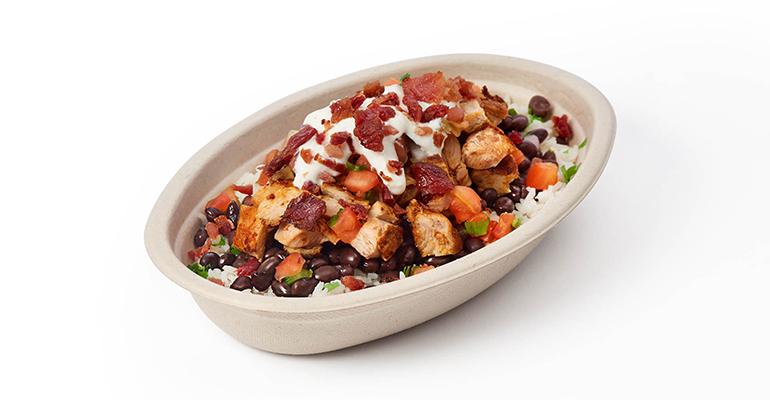 Brand will pilot the new foods and promotions in select U.S. markets

As promised earlier this summer by CEO Brian Niccol, Chipotle Mexican Grill announced plans today to test a handful of buzzworthy foods and menu deals to drive traffic to its stores.

Taking a cue from Niccol’s previous employer Taco Bell, the normally tight-lipped Denver-based chain said it would be testing bacon, nachos and a late-night $2 menu in certain U.S. markets. The unprecedented menu tweaks are part of Niccol’s promise to make the brand more accessible with extended hours, and flavorful foods.

The Applewood bacon test is an extension of a pilot program launched this summer at the company’s New York City test kitchen. In September, it will be extended to eight restaurants in Orange County, the soon-to-be home base for the chain.

“Consumers have always said 'everything tastes better with bacon' and that is exactly what we confirmed in our New York test kitchen," Brandt said in a statement.

The company said it is also expanding in October a 10-restaurant test of nachos in the Denver and Minneapolis-St. Paul market. The nachos are corn tortilla chips topped with queso sauce, beans, salsa, lettuce and choice of meat.

To satisfy late night cravers, participating Miami and Dallas restaurants will be offering $2 tacos with the purchase of any drink after 8 p.m. Those test locations will stay open until 11 p.m.

"We know that Chipotle is a great place to start or end the night, which is why we're excited to test this pilot with our Miami and Dallas night owl fan,” Brandt said.

Select Philadelphia and Indianapolis restaurants are also testing a value deal, where customers can add regular-sized chips and a fountain drink to their entrée order for $3.

The late-night menu deal, and the chips and drink bundle are available now through Sept. 30.

The menu tests are part of Niccol’s turnaround plan. In conference calls, he has said menu innovation is crucial, but not without proper validation through testing.