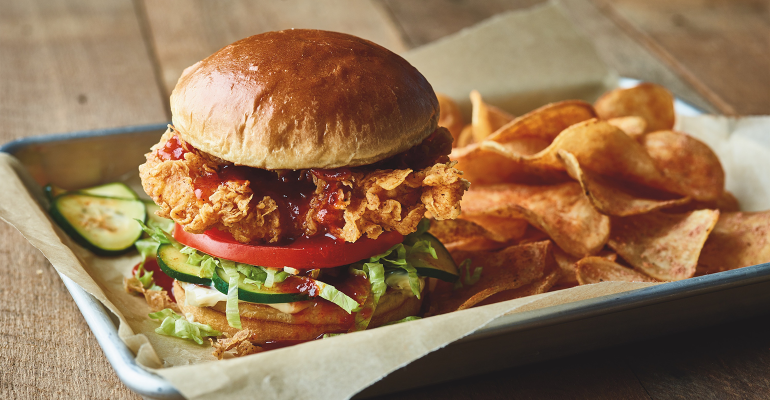 “Aussie Grill by Outback was developed primarily for international growth,” said Elizabeth Watts, a spokesperson for the Tampa-based Bloomin’ Brands. “The fast-casual service model allows franchisees to operate in a smaller footprint, with lower investment while still serving high-quality food.”

Watts said the company plans to “open some locations in the Tampa market to monitor and fine-tune the concept as needed.”

“We opened the first two Aussie Grills in January — one franchise in Saudi Arabia and one company owned in Hong Kong,” Watts added.

The business journal said construction documents filed with the city pegged building costs at about $75,000.

Bloomin’ also has five combination Outback-Carrabba’s express units for delivery and takeout only, a hybrid concept the company first debuted in 2017.

For the fourth quarter ended Dec. 30, Bloomin’ Brands net income was down 8.7 percent to $10.9 million, or 12 cents a share, from $12 million, or 13 cents a share, in the same period last year, which included one additional week that fell between the busy Christmas and New Year’s holidays. Revenues were down 5.9 percent to $1 billion compared to $1.1 billion in the prior-year period.